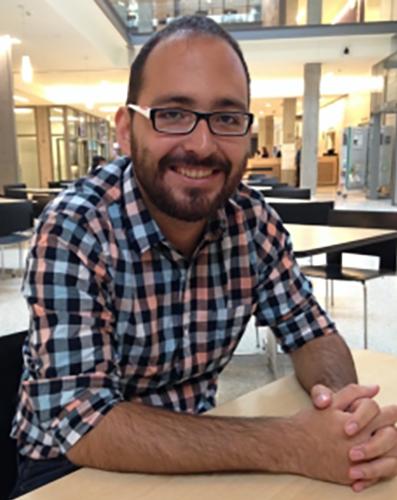 At Penn, Aguirre-Mandujano will teach courses on Ottoman literary and intellectual history.

Oscar Aguirre-Mandujano (Interdisciplinary Program in Near & Middle Eastern Studies) has accepted a position as Assistant Professor of Ottoman History at the University of Pennsylvania following the completion of his PhD this spring.

Aguirre-Mandujano has been closely involved in Simpson Center projects, serving as a co-organizer (with Cabeiri Robinson, Esra Bakkalbasiouglu, and Michael Degerald) of New Scholarly Practices, Broader Career Paths in Near & Middle Eastern Studies, a project of the Next Generation Humanities PhD initiative. He was also a member of the 2016-17 Society of Scholars and a co-organizer (with Walter Andrews and Selim Kuru, his dissertation advisor) of the 2017 Simpson Center conference The Many Poems of Baki.

At Penn, Aguirre-Mandujano will teach courses on Ottoman literary and intellectual history, books and readers in the Islamic world, and horses and animal sacrifice in world history, as well as broader introductory courses on Ottoman history, Islamic empires in the early modern world, and animal-human relations. His dissertation, Poetics of Empire: Literature and Political Culture at the Early Modern Ottoman Court (1451-1512) argues that in the fifteenth and sixteenth centuries Ottoman scholars and statesmen produced a new literary language in order to express political thought. Building on the work of cultural and intellectual historians over the past twenty years, Aguirre-Mandujano  shows that poetic and literary composition was an extension of contemporary politics, a medium through which Ottoman learned men expressed, debated, and ultimately transformed political communication in the early modern Islamic world.