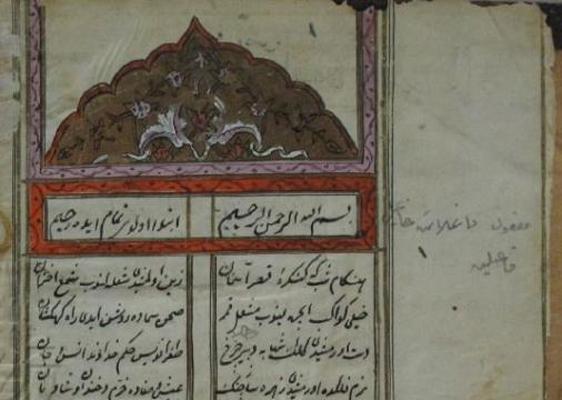 The Many Poems of Baki

The scholar, jurist, and author Mahmud Abdulbaki, composing under the pen-name Baki, is often considered the greatest poet of the 16th-century golden age of Ottoman Turkish literature. Like other noted poets of his day, Baki published his poetry in a collection called a divan.

In the Ottoman Empire, as in the rest of the Islamic World, printing technology came late and publication meant creating a hand-written manuscript, which would be copied and re-copied from the 16th century through the late 19th century. A major poet like Baki might add poems to his divan throughout his lifetime and issue revised versions, which would also be copied and recopied for hundreds of years.

As a result, Baki’s collection exists in a haze of many manuscripts, most of which are undated and each of which has a different look, feel, and content from every other manuscript. Some are finely calligraphed and relatively easy to read, while others are not.

We believe there might be more than 200 manuscripts of Baki’s divan but we don’t know how many more.

New digital technology offers an unprecedented ability to create a multi-dimensional visualization of the history of Baki’s texts, taking all its copies into account and constructing a truly modern manuscript edition. The first stage in this process is a January 2017 workshop for a core group of international scholars. They will set the groundwork for an innovative large-scale collaboration to transform the way Ottomanists and others approach a manuscript tradition.

Photo: A finely calligraphed manuscript from the poet Baki.