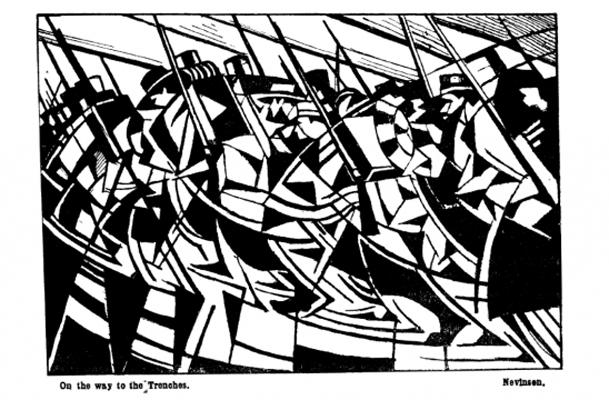 The Modernist Studies graduate research cluster brings together scholars from various departments and the community to discuss literary, visual, and historical texts related to the late nineteenth- and early twentieth-century. World War I is often recognized as a pivotal starting point for Modernism as a historic, artistic, and cultural phenomenon because of how it reshaped more traditional understandings of art, nationhood, heroism, spirituality, and sexuality. We will focus on the Great War, incorporating both major modernist novels, such as Ford Madox Ford’s Parade’s End, and neglected firsthand accounts, including diaries and memoirs. We have chosen this focus in part because the centenary of World War I’s conclusion is rapidly approaching.

The cluster’s specific interest in Ford coincides with the release of the first-ever feature film on Ford, Subterracon Film’s It Was the Nightingale: The Unreliable Story of Ford Madox Ford (2016), directed by Paul Lewis and Ryan Poe. It features original British and American scholarship and interviews with the world’s preeminent voices in Ford studies, including the novelists Mary Gordon and Alan Judd, and the American painter Hermine Ford. The research cluster plans to hold an open screening of the film during the fall.

Recognizing the limits of formal academic settings, the cluster will take the salon as the model for our other meetings, specifically Gertrude Stein’s 1920s Paris salon, which brought together many of the defining literary and artistic talents of the modernist period, who continue to influence contemporary artistic production. The ethos of the salon will create a space that encourages free-flowing academic interaction from a variety of disciplines.

Photo: Christopher Richard Wynne Nevinson's On the Way to the Trenches (1915)