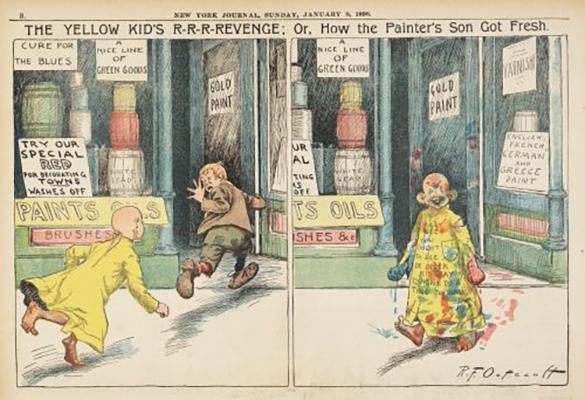 Comics have entered university curricula and multiple annual conferences, such as the International Comic Arts Forum, specialize in comics scholarship. As a field of study, comics scholarship is inherently interdisciplinary and hence divided on many topics. In fact, there seems to be contention about every aspect of comics: the relationship between words and images, what separates comics from other sequential drawings, the status of webcomics in a print-dominated genre, the medium's various names, and so on.

Since the 1990s, scholars have devoted particular attention to graphic "novels," in part because this form has much in common with the traditionally "literary." Others promote the study of "genre comics" for all of their popular appeal (e.g. superheroes). More recent comics scholarship has brought attention to the medium’s history, including the comic strips and weekly cartoons that have appeared in newspapers since the turn of the 20th century. Comics scholarship may be a nascent field, but its diversity makes the field rich for inquiry, debate, and discussion.

Members of the Comics Studies research group propose readings and make selections collaboratively. Readings draw on current scholarship in the field, including a range of key critics whose works cover the formal principles of the medium, its cultural significance, and its history. Proposed reading trajectories include such diverse topics as the fraught relationship between high art and comics, the history of underground comix and the medium’s subversive potential, the intersection of comics and genre fiction (crime, science fiction, Western, romance), the place of comics in disability studies, and the use of graphic memoirs in undergraduate literature and composition courses.