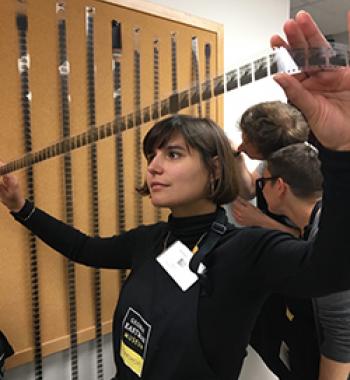 Factory Forms is a materialist history of image reproduction in the postwar United States. It examines the automation of several reproduction processes—color printing, film processing, projection, and television broadcast—and the burst of visible errors that followed in print and on screens. Misprints and distortions revealed the image’s formal infrastructure in disjointed layers, swarms of dots, and hallucinogenic flicker. These patterns then resurfaced as design motifs in fine art and popular imagery, illustrating the era’s technological changes and labor conflicts.