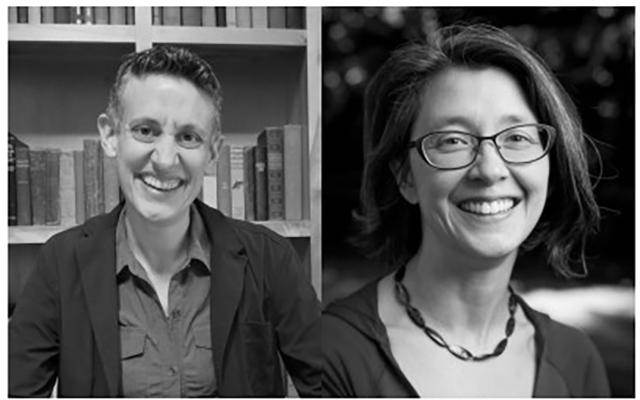 Deborah Kamen (Classics) is broadly interested in Greek cultural and social history, with a particular focus on slavery. Her first book, Status in Classical Athens (Princeton University Press, 2013), maps a spectrum of ten social and legal statuses in classical Athens, questioning the ideology of three neatly defined status groups—slave, metic, and citizen—so commonly found in both ancient Greek literature and modern classical scholarship. Her second book, Insults in Classical Athens (forthcoming, University of Wisconsin Press), examines the range of insults in Athens from benign mockery to serious affronts. Kamen has also written a number of articles on Roman slavery and sexuality, and served for many years as co-chair of the Lambda Classical Caucus, a coalition of LGBTQ Classicists and their allies affiliated with the Society for Classical Studies.

"I'm very excited to be joining the Simpson Center Executive Board," Kamen says. "The Simpson Center has played a very important part in my life at UW the twelve years I've been here. In 2013, I worked with the Center to host Professor Josiah Ober of Stanford as Katz Lecturer and co-taught (with Jean Roberts of Philosophy) an affiliated Humanities microseminar on 'Defining Democracy, Ancient and Modern.' I was also very lucky to have the support -- financial and otherwise! -- of the Center when my colleagues and I in Classics put on the Feminism and Classics VII conference at UW in 2016, the largest conference of its kind."

Sasha Su-Ling Welland is Associate Professor in Gender, Women & Sexuality Studies, and an affiliated faculty member in Anthropology, China Studies and Comparative History of Ideas and of the graduate certificate programs in Cinema & Media Studies and Public Scholarship. Her first book, A Thousand Miles of Dreams: The Journeys of Two Chinese Sisters (Rowman & Littlefield, 2006), traces the social history and border-crossing lives of two “modern girls,” a writer and a doctor, who emerged from China’s early twentieth-century women’s movement. Experimental Beijing: Gender and Globalization in Chinese Contemporary Art (Duke University Press, 2018) is an ethnography of Chinese contemporary art as a zone of cultural encounter, in which post-socialist revaluations of rural and urban space, public and private boundaries, and masculinity and femininity are represented and questioned. An editorial board member of Journal of Visual Culture, Welland has also published articles in Signs: Journal of Women in Culture and Society and Yishu: Journal of Contemporary Chinese Art. She has curated feminist art exhibits in Beijing, Shanghai, and Hong Kong.

Welland also has extensive Simpson Center connections as the recipient of Digital Humanities Summer Fellowships in 2017 and 2014 and a Society of Scholars fellowship in 2016-2017. She organized the 2015-2016 speaker series “Ethnographic Aesthetics: Image, Sound, Word” and co-organized, with Sonal Khullar (Art History), the 2012 conference “New Geographies of Feminist Art: China, Asia, and the World.” Her course on experimental ethnography, and the inventive student projects it inspired, were the subject of a Simpson Center feature story on “ethnography unbound.”