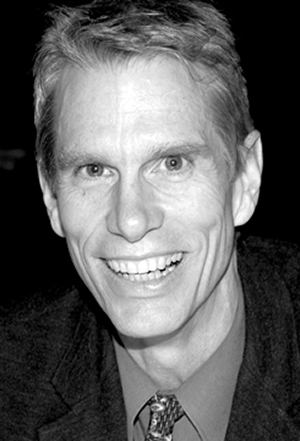 What Is Democracy and What Is It Good For?

Josiah Ober
Constantine Mitsotakis Professor in the School of the Humanities and Sciences, Professor of Political Science, Classics, and Philosophy at Stanford University
UW Kane Hall

Free and open to the public

The original (ancient Greek) meaning of democracy—“the People’s capacity to do things”—emphasizes citizen participation. By acting as citizens, with the authority to decide important public matters, we achieve a basic human good: freely exercising our distinctive natural capacities of speech and reason, to deliberate about public interests. Moreover, the conditions necessary for an extensive and diverse citizenry to address public interests require other independently valued goods: freedom of speech and association, political equality, and civic dignity. Democracy is therefore good for the exercise of our innate capacities and good for liberty, equality, and dignity.

Yet if democracy is to be sustained over time, individuals must pay the costs of defending it. An ancient Greek case study points to a self-enforcing equilibrium in which citizens have the motive and means to coordinate against threats to democratic order.

Josiah Ober is a leading theorist of democracy, deliberation, political dissent, and institutional design, whose teaching and research links ancient Greek history and philosophy with modern political theory and practice. He looks to the democracy of ancient Athens to explore political issues of the present and reimagine forms of democratic engagement. Ober is the author of numerous books, including Democracy and Knowledge: Innovation and Learning in Classical Athens (2008) and the award-winning Mass and Elite in Democratic Athens: Rhetoric, Ideology, and the Power of the People (1989).

Ober is Constantine Mitsotakis Professor in the School of the Humanities and Sciences, Professor of Political Science, Classics, and Philosophy at Stanford University.

Ober will also present on his work during a colloquium titled “Political Theory: Normative & Positive / Ancient & Modern” on Wednesday, April 17, 3:30-5:20 pm in Communications 202. According to Ober, the contemporary academic field of political theory is divided into sub-specializations: critical, historical, and normative. These days “positive political theory”—the branch of political science that concerns strategic behavior by (more or less) rational agents, modeled by games of competition or coordination—is not usually included within the “political theory” rubric. Yet from antiquity though the early modern era, the positive project of theorizing about how a stable equilibrium is achievable among self-interested agents (individuals and groups) was intertwined with the normative project of theorizing about justice and legitimate authority. The most interesting and pressing problems in politics remain at once normative and positive. This colloquium explores how democratic political theory might employ a conjoined normative and positive perspective, by reference to case studies drawn from the ancient Greek world.

Attendees are encouraged to read the following prior to attending:

A microseminar for graduate students, Defining Democracy, Ancient and Modern, will be held Spring Quarter 2013 in conjunction with Ober’s visit to the UW. It will be facilitated by Deborah Kamen (Classics) and Jean Roberts (Philosophy).