Call for Nominations: Barclay Simpson Prize for Scholarship in Public 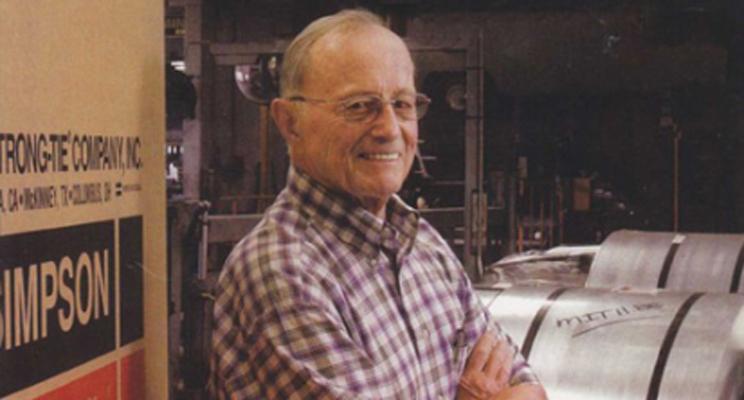 The Walter Chapin Simpson Center for the Humanities invites nominations of University of Washington faculty members for the Barclay Simpson Prize for Scholarship in Public. The award honors Barclay Simpson’s transformative gift in endowing the Simpson Center in memory of his father and highlights one of the center’s core missions: to foster the humanities as a public good. Our conviction—it has increased steadily over the last fifteen years as public support for higher education has declined—is that we must find ways to take the humanities to publics beyond the academy even as we maintain our commitments to our scholarly professional circles and to research addressed to academic audiences. The prize carries an award of $10,000.

Scholarship in public takes many shapes. Scholars may write for audiences beyond strictly defined academic circles and may deploy new media to render their work open, accessible, and inviting to a larger public. They may work in teams as they pursue community-based inquiry, collaborating with cultural institutions, curating exhibitions and festivals. They may form partnerships with other institutions of higher education, forging strong curricular ties across the higher-educational landscape. They may design and lead programs that advocate for and produce scholarship in public, with documentary work an example. They may create experimental modes of presentation and dissemination of their scholarship, producing work for radio or live performance. They may establish new and ongoing forums for community debates on challenging matters of public policy. They may build digital archives and databases of cultural artifacts, interviews, and other material that will be foundational for present and future inquiry, presenting and preserving texts and testifying to historical conditions, social injustice, and a wealth of diverse individual experiences. Such sites might be multilingual and multimodal, extending the reach and affective dimensions of the scholarship; they might be translocal and even global. Many public scholarship projects—often referred to as scholarship in action—are hybrid, integrating research with teaching at the graduate and undergraduate levels along with contributions to the public good.

The inaugural Barclay Simpson Prize for Public Scholarship was awarded in 2015 to James Gregory (History). Gregory was recognized for the collaborative Seattle Civil Rights and Labor History Project, an expansive set of websites presenting regional history to the public, which has informed public policy, high school history curriculum, and scholarship across a number of humanities disciplines. In 2017, the Prize was awarded to Michelle Habell-Pallán (Gender, Women & Sexuality Studies), whose deeply collaborative Women Who Rock and American Sabor projects have created new forms of knowledge production, established and sustained new communities of practice, and produced transformative workshops, exhibitions, and more. Her archival work, held as a digital collection in the University of Washington Libraries, documents women who use pop music as a tool for social transformation, claiming a place for women musicians, critics, and fans.

We encourage the nomination of UW faculty from disciplines and departments in the humanities, broadly speaking, where this kind of work—scholarship in public—has not been the norm. We also encourage the nomination of faculty who have been immersed in excellent and intellectually challenging project-based public scholarship and have written about it for an academic audience or a public audience, expanding the impact of the work. For the Barclay Simpson Prize for Scholarship in Public we put the stress on scholarship, not service, although the two may well be intertwined.

Nominating letters by members of the UW faculty should include a description of the public scholarship project undertaken by the faculty member and an evaluation of its influence, which may include serving as an imaginative model for other scholars in public; letters of nomination should not be more than two single-spaced pages long. Nominations may be accompanied by two additional one-page letters of support. Nominations must be received by Friday, February 15, 2019. Please direct any questions, and submit your nomination and accompanying letters of support via email attachment in a single document as an Adobe PDF to: Rachel Arteaga, Simpson Center Assistant Director