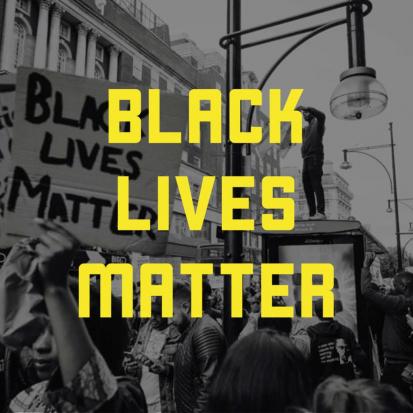 In solidarity with the Black Lives Matter movement and the fight against systemic racism, anti-Blackness, and police brutality, the Simpson Center for the Humanities has compiled a list of videos, websites, articles, books, research clusters, and other resources from Simpson Center-affiliated scholars.

In solidarity with the Black Lives Matter movement and the fight against systemic racism, anti-Blackness, and police brutality, the Simpson Center for the Humanities has compiled a list of videos, websites, articles, books, research clusters, and other resources from Simpson Center-affiliated scholars. The work—often public-facing work done in collaboration with community groups—is dedicated to historicizing, theorizing, contextualizing, and dismantling systemic racism. We hope it will enable more members of the UW community and beyond to deepen their understanding of and involvement in anti-racist movements.

Led by UW Assistant Professor of Gender, Women, and Sexuality Studies Kemi Adeyemi, The Black Embodiments Studio is an arts writing incubator and public lecture series dedicated to dynamic expressions of blackness in contemporary art. Read more about The Black Embodiments studio and sign up for their newsletter.

Since 2016, UW Professor Ralina Joseph (Communication) has been leading Interrupting Privilege, an intergenerational, skills-building, anti-racism space of dialogue and critique. Now based at Seattle’s Black community hub, the Northwest African American Museum (NAAM), Interrupting Privilege also has a blog where you can read powerful posts by participants.

The Seattle Civil Rights and Labor History Project, led by UW Professor Jim Gregory (History), is an expansive set of websites that brings the vital history of Seattle's civil rights movements to life. The website also explores Seattle’s ongoing struggle with racial segregation and helped bring to light the city’s racist housing covenants forbidding Blacks, Asians, and Jews from living in many Seattle neighborhoods—language that is still preserved in many Seattle deeds.

In 2018, Associate Professor of Comparative Ethnic Studies at UW Bothell Dan Berger, alongside a number of faculty, librarians, graduate students, community members and researchers, launched the Washington Prison History Project, a multimedia effort which aims to provide researchers, policy-makers, students, and others with primary sources into the history and ongoing reality of mass incarceration in Washington state and the broader Northwest.

Over the past decade, UW Associate Professor of English Gillian Harkins has collaborated with a wide range of leaders, students, faculty, staff and activists across a variety of programs, campuses, and communities on projects—including this year’s Community Engaged Collaboration—that center currently and formerly incarcerated people and identify and develop pathways from inside prison to college campuses.

Nominated by the members of the Community Engaged Collaboration, prison abolitionist, geographer, and prison scholar Ruth Wilson Gilmore was to deliver this spring’s Katz Distinguished Lecture in the Humanities. Because of the shutdown, Gilmore’s lecture, “Meanwhile: Making Abolition Geographies,” has been postponed. Until it is rescheduled, you can read her book, Golden Gulag. You can also listen to the most recent episode of The Intercepted podcast, in which Gilmore makes the case for abolition.

In 2017, Distinguished Professor and Gary B. Nash Endowed Chair in US History at UCLA Robin D.G. Kelley delivered his Katz Lecture “What Is Racial Capitalism and Why Does It Matter?” His lecture was part of the Capitalism and Comparative Racialization Mellon Sawyer Seminar, led by UW Political Science Professors Jack Turner and Megan Ming Francis. Watch Kelley’s lecture here.

As part of the series, Distinguished Professor of Philosophy at the CUNY Graduate Center Charles Mill also delivered a Katz Lecture, entitled “Liberalism and Racial Justice,” in which he interrogated how political progressives should relate to liberalism, the now-hegemonic global political ideology. Watch his lecture here.

Professor of Drama and African American Studies at UC Irvine Frank Wilderson was scheduled to deliver a talk at UW this spring. Due to the shutdown, his lecture was canceled. But you can still read his book, Afropessimism.