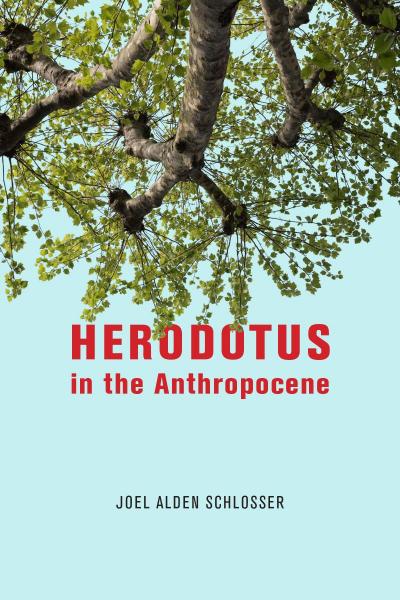 Herodotus in the Anthropocene

We are living in the age of the Anthropocene, in which human activities are recognized for effecting potentially catastrophic environmental change. In this book, Joel Alden Schlosser argues that our current state of affairs calls for a creative political response, and he finds inspiration in an unexpected source: the ancient writings of the Greek historian Herodotus. Focusing on the Histories, written in the fifth century BCE, Schlosser identifies a cluster of concepts that allow us to better grasp the dynamic complexity of a world in flux.

Schlosser shows that the Histories, which chronicle the interactions among the Greek city-states and their neighbors that culminated in the Persian Wars, illuminate a telling paradox: at those times when humans appear capable of exerting more influence than ever before, they must also assert collective agency to avoid their own downfall. Here, success depends on nomoi, or the culture, customs, and laws that organize human communities and make them adaptable through cooperation. Nomoi arise through sustained contact between humans and their surroundings and function best when practiced willingly and with the support of strong commitments to the equality of all participants. Thus, nomoi are the very substance of political agency and, ultimately, the key to freedom and ecological survival because they guide communities to work together to respond to challenges. An ingenious contribution to political theory, political philosophy, and ecology, Herodotus in the Anthropocene reminds us that the best perspective on the present can often be gained through the lens of the past.