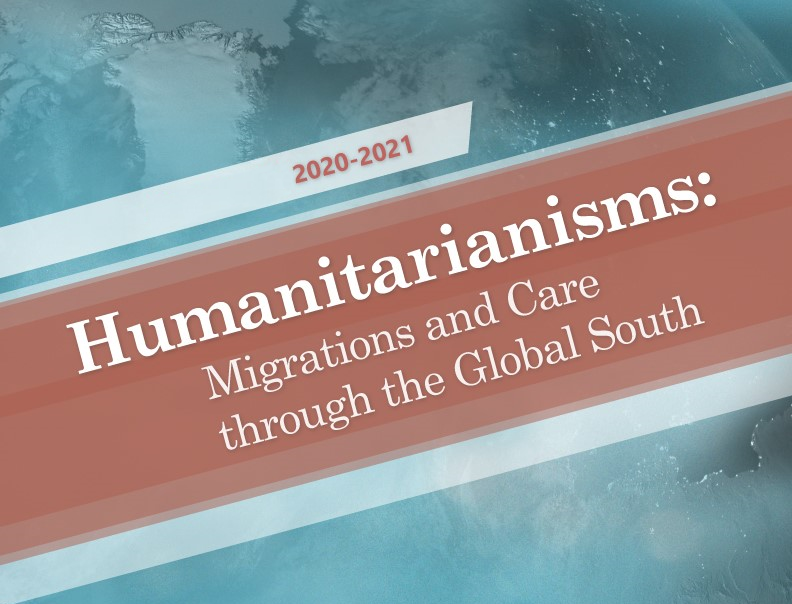 Humanitarianisms: Migrations and Care Through the Global South

The final component of this Sawyer Seminar is an investigation into what new forms of humanity have arisen or may emerge from the articulations of humanitarianisms through the Global South. If Enlightenment ‘humanitarian reason’ was premised on an new- found concern for the suffering of distant others, we believe that this theme, with a focus on the Global South and attention to diverse genealogies of care, may inform new possibilities for understanding the diversity of how people make sense of what it means to be human through encounters with suffering and everyday practices of care. We allow for the possibility that this inquiry will need to embrace and encompass different modalities of life and recognize different ends of humanness, now not only in relation to the suffering of distant others, but also to the supernatural, the environment, other (non-human) species, and even the dead—who are often assumed to be beyond the limits of care. This understanding can prompt us to explore further the forces that underlie our own perceptions of humanness and lead to new ones. Thus, we seek to explore what a rethinking of humanitarianisms’ diverse genealogies tells us about new ways to conceptualize the human in comparative contexts. Therefore, in this final thematic cluster, we ask: How does the affective life of humanitarian administration inform people’s subjective sense of what it means to be human? What does it mean for our common humanity if we take into consideration the multitude of ways that humans interact with their environments? How do these interactions shape their disciplines of care for others?

In this part of the Sawyer Seminar, we will ask: What are the other humanitarian logics that shape when and how communities provide care and refuge to migrants or victims of emergencies? Building on the previous concern with decentering the West from presumptive ownership of humanitarianism, this theme seeks to explore other ideologies, movements, values, or beliefs that underlie a concern with the suffering of distant others. We will engage a genealogical study of humanitarianism that begins, not with European moral sentiments from the eighteenth century, but with the traditions, philosophies, and values, such as service, hospitality, gift-giving, or mercy, which preceded and perhaps influenced such moral reasoning. A significant body of inquiry establishes these connections through examination of faith-based aid networks. Our focus here is rather than accepting prima facie that such efforts stand to the side of ‘real’ humanitarianism, these practices may indeed underlie and legitimate practices of care as they have developed and as they function as a part of daily experiences and ethical ideals of both care-givers and care-receivers.

This part of the Sawyer Seminar will focus on the history of forced migrations within and across the Global South (especially East Asia, South Asia, Southeast Asia, the Middle East and North Africa, and the Mediterranean). Our selection of invited speakers will aim to show that humanitarian practices do not emerge from a singular genealogy, but that the intense attention to migration in these regions reveals a series of misperceived assumptions about the Euro-American origins of practices surrounding humanitarianism and on misunderstandings of the politics of international asylum and refugee laws that grew out of World War II as part of a mandate for a new world order. We believe that the decentering of migration and the decolonizing of humanitarianism requires two key intellectual moves. The first involves locating the flows of forced migrants in the Global South, the primary sites for hosting, in order to ask: How does a focus on host countries reorient our understanding of the spaces of care? The second involves moving away from a Euro-American intellectual history in order to ask: What are the ideological underpinnings of caring for distant- others outside of Enlightenment frames? We envision that such comparative reorientations will transform our perspectives on humanitarian care to integrate the diverse rationalities and forms of expertise that underlie them. This thematic cluster will also examine how international law and politics from the seventeenth century shaped categories of migration by defining acceptable and unacceptable forms, such as fleeing political and religious persecution (acceptable) versus environmental change or natural disasters (unacceptable). We invite our speakers to consider the discursive (including legal discourse) processes through which entire regions of the world were written out of the narrative of humanitarian care.