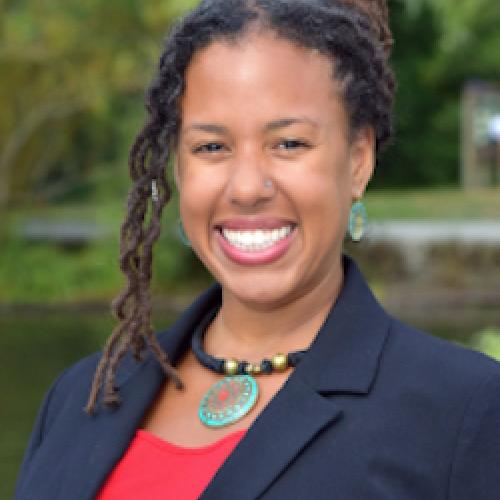 Smith is an associate professor in the Department of French and Italian Studies at the University of Washington. After graduating from the joint MA/BA program at New York University and the Institute of French Studies, she received her PhD from the University of California, Berkeley in Romance Languages and Linguistics. Her scholarship broadly focuses on the intersection of racial and linguistic identity formations among marginalized groups in the African diaspora, particularly in the postcolonial francophone world. Her recent book project, Senegal Abroad: Linguistic Borders, Racial Formations, and Diasporic Imaginaries, was published with the University of Wisconsin Press in 2019. Through a critical examination of language and multilingual practices in qualitative, ethnographic data, Senegal Abroad shows how language is key in understanding the formation of national, transnational, postcolonial, racial, and migrant identities among Senegalese in Paris, Rome, and New York. Along with her interest in the Senegalese Diaspora, Smith looks at how Blackness is constructed in the French Caribbean as well as how French and Italian Studies can diversify and decolonize their curricula. Smith has been the recipient of various grants including the Woodrow Wilson Career Enhancement Fellowship for Junior Faculty, the UW Research Royalty Fund Fellowship, the Simpson Center Society of Scholars, and the Camargo Foundation.

In addition to her scholarly work, Smith has numerous creative endeavors, including a memoir project with a friend of hers entitled Reclaiming Venus: The Many Lives of Alvenia Bridges. Through her personal journey Alvenia has crossed paths with a wide variety of people in the entertainment industry, from long-term working relationships with the Rolling Stones and Roberta Flack to momentary yet extraordinary encounters with Jimi Hendrix, John Lennon, and Tina Turner. However, the value of Alvenia’s story goes beyond the unique perspective she affords us through her thoughtful, introspective, and poignant glimpses into the lives of people who have captured the world’s imagination. Born in 1944, she also provides insight into what it took to go from growing up as a black girl in mid-century segregated Kansas where one of her most formative experiences was integrating the all-white public school in her district to becoming a behind-the-scenes juggernaut of 1980s Rock N’ Roll. In particular, her story interrogates questions of race and gender in traditionally white male spaces and demonstrates how a memoir about experiences in one’s youthful past can shed insight on how we understand the present as well as help rectify the systemic silencing of black women’s voices in musical history.