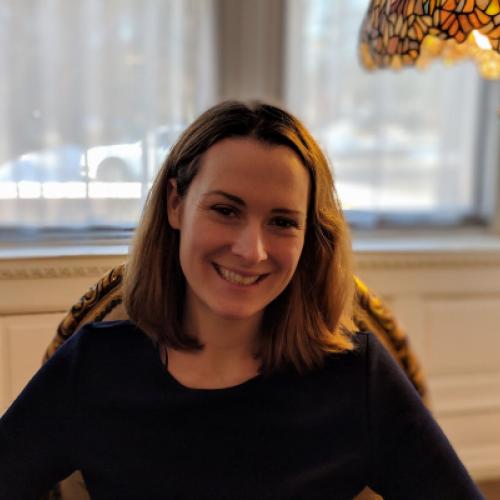 I am a historian of modern South Asia, the Soviet Union and the global Cold War. My dissertation examines how the Soviet Union sought to win over “hearts and minds” in the decolonizing world during the Cold War through foreign-language print publishing initiatives. With a focus on the circulation and reception of Soviet print media in India, I challenge conventional narratives that depict the Soviet Union’s cultural performance abroad during the Cold War as a failure. Instead, by tracing the foreign activities and ambitions of the USSR’s largest foreign language press, Progress Publishers, and the enigmatic book export agency, MezhKniga, I show how the USSR achieved unparalleled cultural success in India, which became the largest consumer of Soviet texts outside the socialist Bloc by the early 1970s. My work foregrounds both the logic behind the production of Soviet texts in Moscow and their reception by readers on the ground in India. In doing so, I reveal the unintended consequences and ironies of the Soviet propaganda program. I argue that Soviet books played a significant role in democratizing access to education, technical-scientific knowledge, and literacy in India at a time when economic inequities, entrenched social hierarchies, and chronic scarcity imposed barriers to the widespread realization of these social goods.

My dissertation research has been supported through numerous private and federal grants, including awards from the Social Science Research Council IDRF (funding rate 7%), the U.S. Dept. of Education Fulbright-Hays (funding rate 10%); the Council on Library and Information Resources Mellon Fellowship (funding rate 6%); and the American Councils Title VIII Research Scholar Program. My language training in Hindi, Urdu, and Bengali has been funded through Foreign Language and Area Studies (FLAS) grants, Critical Language Scholarships from the U.S. Department of State, and the American Institute of Bangladesh Studies.

In 2021, I join the Society of Scholars. I was also selected for a short-term research fellowship at the New York Public Library where I will explore the Schomburg Center for Research in Black Culture’s vast collection of Soviet books on Afro-Asian solidary and liberation movements.

I am committed to public scholarship and digital history. In 2017 I launched Bollywood and Bolsheviks: Indo-Soviet Collaboration in Literature and Film, 1954-1991, an exhibit at Suzzallo and Allen Libraries, University of Washington. You can read about it here.  This project also involved the development of an oral history archive and documentary films, which were selected and screened at the 3rd i International Film Festival.

I have received extensive training in data collection, analysis, and visualization as well as text encoding practices. Between 2015 and 2017 I was also involved in the Information and Communication Technology for Development Lab’s Change project. This innovative imitative brought together faculty and students from the University of Washington to collaborate on and explore the challenges of developing technology in the context of positive social change.