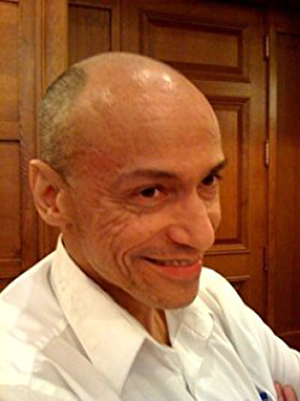 Charles W. Mills speaks on race and capitalism as part of “Capitalism and Comparative Racialization,” a 2017-2018 John E. Sawyer Seminar on the Comparative Study of Cultures funded by the Andrew W. Mellon Foundation.

Charles W. Mills is Distinguished Professor of Philosophy at the CUNY Graduate Center. He works in the general area of social and political philosophy, particularly in oppositional political theory as centered on class, gender, and race. In recent years he has focused on race. He is the author of numerous journal articles and book chapters, as well as five books. His first book, The Racial Contract (1997), won a Gustavus Myers Outstanding Book Award for the study of bigotry and human rights in America. It has been adopted widely in hundreds of courses across the United States, not just in philosophy, but also in political science, sociology, anthropology, literature, African-American, American Studies, and other subjects. His second book, Blackness Visible: Essays on Philosophy and Race (1998), was a finalist for the award for the most important North American work in social philosophy of that year. He is also the author of From Class to Race: Essays in White Marxism and Black Radicalism (2003); Contract and Domination (co-authored with Carole Pateman, 2007), and Radical Theory, Caribbean Reality: Race, Class and Social Domination (2010). His sixth book, Black Rights/White Wrongs: The Critique of Racial Liberalism, is forthcoming from Oxford University Press.