What is the Future of Transnational Historians at Community Colleges? 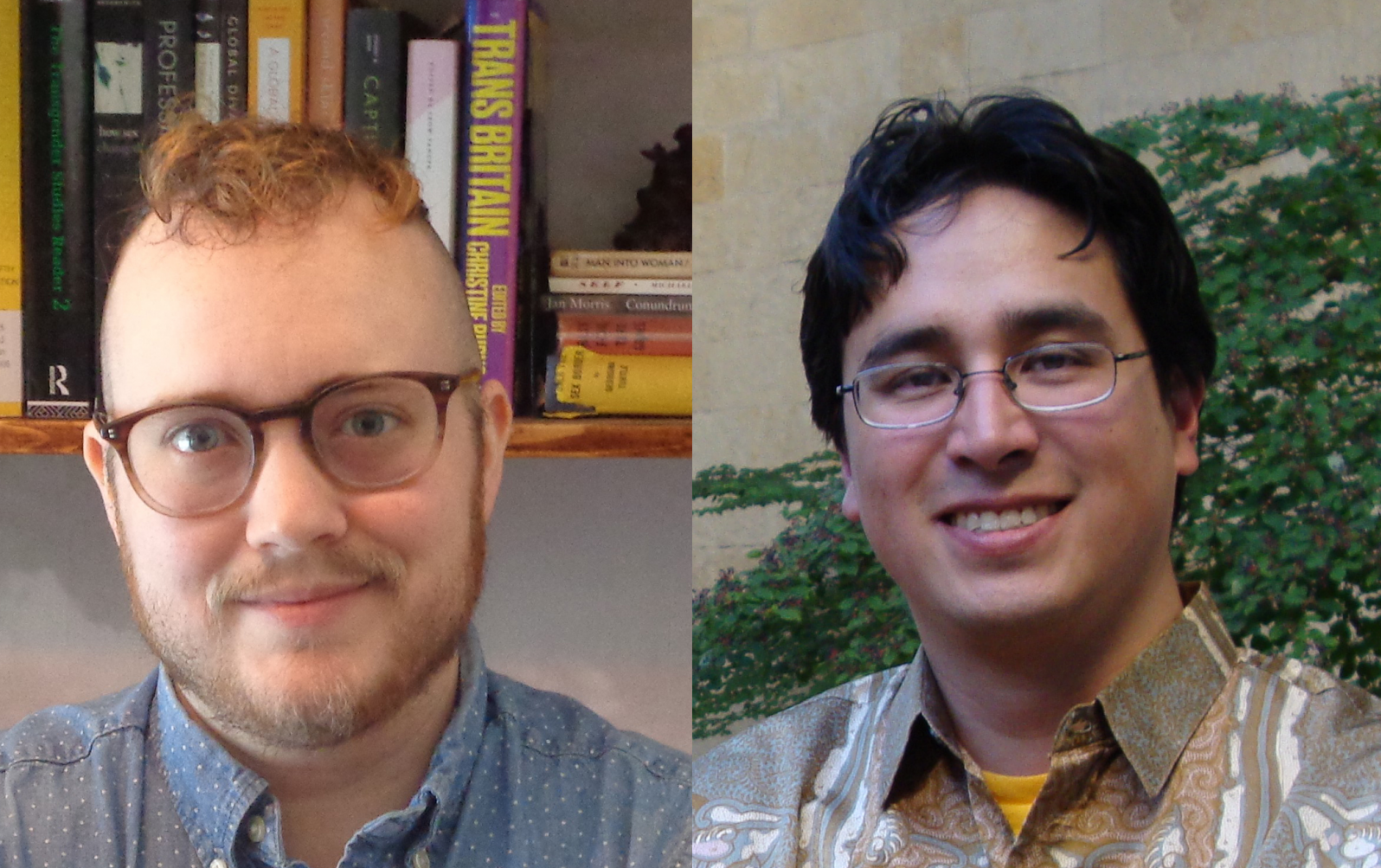 One way to promote the study of more diverse histories among our community college students would be to harmonize Running Start and the Washington 45. The world civilizations survey model, which, in theory, distributes curricular time more evenly between the histories of Africa, Asia,  Europe, Oceania and the Americas, is now more commonly taught—and more reflective of the world’s diversity—than the eurocentric western civilization model.

The University of Washington’s Department of History, like the majority of History departments across the country, trains its graduate students as specialists in specific geographically-defined fields. For instance, we were admitted to the program not so much as “History” students but as an historian of Britain and the British Empire (Adrian) and as an historian of Southeast Asia and Latin America (Jorge). As transnational historians, we embarked on our Reaching New Publics fellowship with the thought that, on reaching the end of our program, we might apply to community colleges as specialists in world history and other non-U.S. regional courses. One of our main goals, then, was to learn more about the landscape of world history teaching in access-based institutions.

However, as we met with mentors in the history and humanities departments of Seattle Central, North Seattle, and Centralia Colleges during autumn 2019 and winter 2020, we quickly learned that historians at these colleges are asked to teach U.S. history much more frequently than they teach histories of other regions. Several professors with whom we spoke surmised that this trend was influenced in part by the Running Start program—a system through which Washington State high school students can dual-enroll in community college courses for both high school and 4-year transfer credit—which encourages students to take U.S. history courses rather than world and non-U.S. regional histories. Given that the total number of Running Start students has increased by 56% in the last decade and continues to grow, this regionalizing effect may become even more pronounced.[1]

We wondered, however, to what extent these perceptions reflect the reality across Washington state, as evidenced by the data on the number and regional focus of history courses offered at access-based institutions. We also wanted to draw more informed conclusions about how History departments are, or are not, preparing their graduate students for the reality of teaching outside 4-year research institutions. To answer these questions, we collected information from the 34 community and technical colleges in Washington state, taking note of both the courses that appear in their catalogues and the classes that were offered during the 2019-2020 academic year.[2] We then grouped these courses into two geographic categories: U.S. history and non-U.S. history.[3] We omitted methodological classes and classes with a geographic scope that could not be determined. While the move to online classes in the spring and summer may have skewed data in unpredictable ways, we were able to draw some provisional conclusions.

The data from the catalogues initially seemed encouraging for non-U.S. historians such as ourselves. 42% of courses were classified as “U.S. history,” while non-U.S. history courses amounted to 45% of courses. However, when looking at the number of classes actually offered this year (including face-to-face, online, and “hybrid” courses), the data shifted significantly. Of the 770 class sections with a geographic focus, 75% focused on the United States and only 25% focused on non-U.S. history. We asked ourselves: is this the “Running Start effect” in action?

A look at high school graduation requirements from Seattle Public Schools, however, reveals that they do not actually lean towards U.S. history.[4] Requirements are evenly matched, including three world history classes and three U.S. history classes (two surveys and one Washington State History class). As they currently stand, the requirements would suggest a similar demand for both world and U.S. history from Running Start students. If Running Start by itself is not the explanation, though, then what other reasons could there be for the lopsidedness of course offerings in history?

We surmise that the disincentive to taking world history survey classes at Washington community colleges might be found in the combination of Running Start with the “Washington 45,” a list of general education courses that are guaranteed to transfer to most other higher education institutions in Washington state.[5] As far as history goes, the list includes the three-quarter U.S. history survey (HIST& 146, 147, 148) and the three-quarter western civilization survey (HIST& 116, 117, 118)—but it excludes the three-quarter world civilizations survey (HIST& 126, 127, 128). This means that the most sensible choice for any Running Start student planning to transfer to a 4-year institution would be to take the U.S. history survey, as it will help them graduate high school and someday transfer to a 4-year institution. The U.S. history courses serve a triple functionality (offering high school, community college, and transfer credit) that neither the western civilization nor the world civilization surveys can match.

For historians without specialist fields in U.S. history, the implications of this data are clear: teaching positions at community colleges, whether adjunct positions or full-time professorships, would call on them to work most of the time outside of their doctoral training. Of course, we know from conversation and observation that many professors teaching U.S. history courses at the Seattle Colleges and Centralia College situate the United States in its global context, incorporating histories of borderlands, migration, and/or histories of U.S. empire into their courses. But the emphasis remains national rather than transnational. And of the 23 colleges we ultimately investigated, only two appeared to offer enough non-U.S. course sections over the year to sustain more than one full-time professor. The evident conclusion: non-U.S. historians appear to be at a disadvantage in the hiring process.

One way to promote the study of more diverse histories among our community college students would be to harmonize Running Start and the Washington 45. The world civilizations survey model, which, in theory, distributes curricular time more evenly between the histories of Africa, Asia,  Europe, Oceania and the Americas, is now more commonly taught—and more reflective of the world’s diversity—than the eurocentric western civilization model. If the Washington 45 list were updated to include the world civilizations survey, these courses would then offer the same “triple functionality” as the U.S. history survey, presumably drawing more enrollment.

In the meantime, however, can Departments of History better prepare graduate students across a broad range of specializations for the realities of the community college sector? One straightforward approach would be to encourage those who are interested in community college teaching to specialize in U.S. history, at least in part. But for those “Otherists” who are already advanced in their programs, a central component of their preparation for community college teaching will be learning to define themselves—through cover letters, teaching statements, and portfolios—as teachers above and beyond their regional focus. Looking back on our fellowship during the 2019-2020 academic year, we see how central geographic emphasis was to our identity as scholars at the outset of our fellowship, and how, even with our emergent interest in the community college sector, we still primarily defined ourselves through our research focus. Over the course of the year, we found that such primary identifications would need to shift in pursuing a community college career: candidates with non-U.S. specialization need to present themselves, rather, as teachers with diverse capacities, highlighting their methodological expertise or their strengths in pedagogy rather than their mastery of a subject area. While the Mellon fellowship gave us the opportunity to strengthen skill sets beyond research and to try on professional identities other than the R1 professorship, we can identify ways in which History departments could also help doctoral students interested in community college careers: through pedagogy courses, job materials workshops, and other forums foregrounding the unique demands of community college teaching. We think it would be particularly valuable if more doctoral students had the opporutnity—as we did through our Mellon fellowship—to connect with community college faculty in History departments. It remains to be seen how non-U.S. historians will perform on an increasingly competitive community college job market in the years to come, but learning how to redefine one’s professional identity around strengths in teaching—and encouraging doctoral programs to cultivate these strengths—is an excellent place to start.

[1] Katherine Long, “At 25, Running Start is a Success. Now It Must Attract Students Who Need It Most,” The Seattle Times, March 15, 2018, https://www.seattletimes.com/education-lab/at-25-running-start-a-success-but-how-to-bring-in-more-minority-and-low-income-minority-students/

[2] After reviewing the 34 college catalogs, we ended up including 23 institutions in our review. Schools for which we were unable to find information for four continuous quarters were excluded, as were Technical Colleges. The latter were excluded as we considered that their significantly thinner History offerings--which were also very heavily U.S.-centric--would skew the data on the community colleges, which have more emphasis on general education.

Jorge Bayona and Adrian Kane-Galbraith were 2019-2020 collaborative Mellon Fellows for Reaching New Publics and doctoral candidates in the History Department.