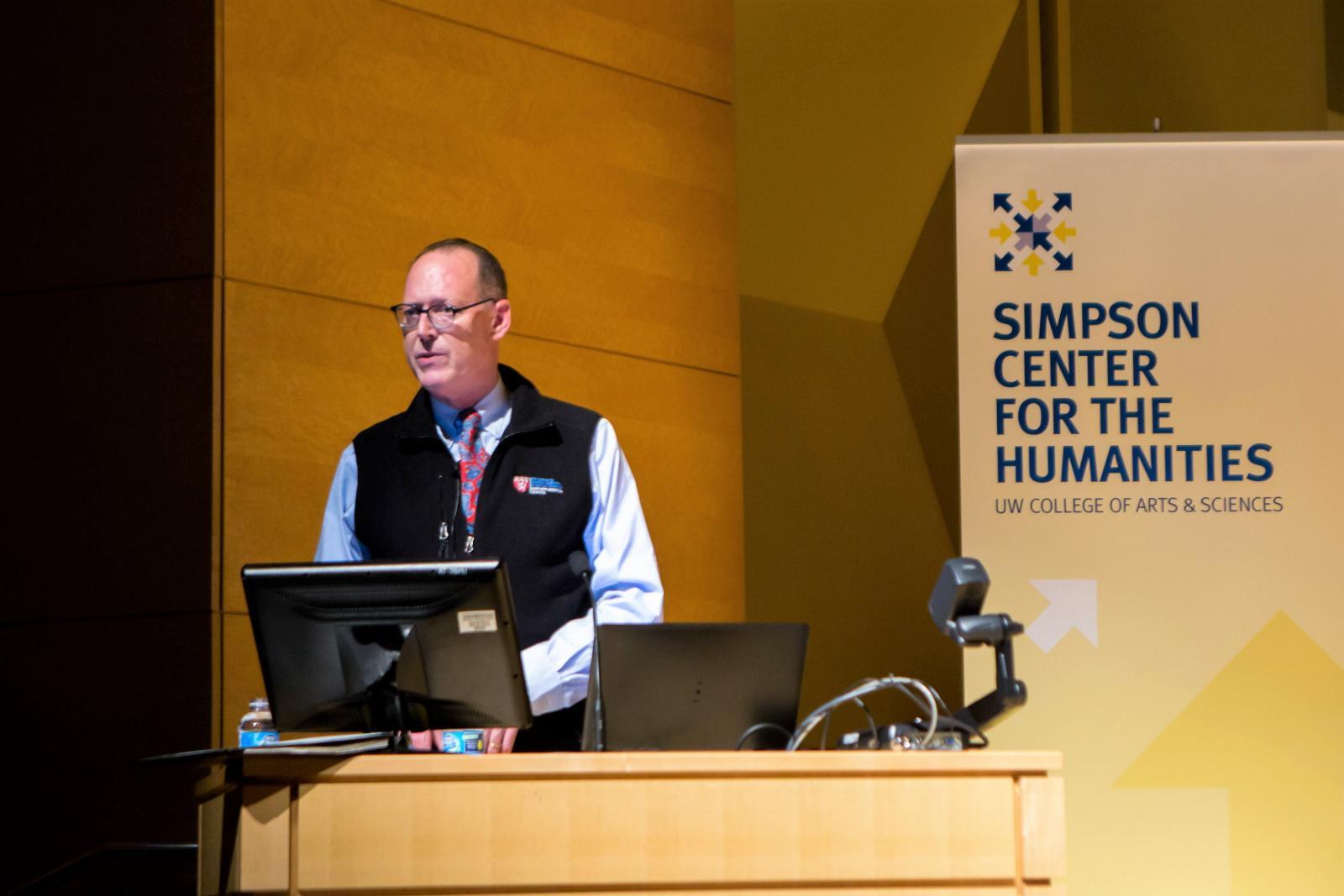 The most shocking fact about the Ebola outbreak in West Africa in 2013-2016 was not the bloody hemorrhages the disease can cause, Paul Farmer said in a February 7 lecture at the University of Washington. Nor was it the “crossover event” in which the disease enters the human species, a frequent fixation of the Western media. The most damning fact was the case-fatality rate: Nearly seventy-percent of those infected with the disease died from it. That rate barely budged over the course of the outbreak, despite unprecedented pledges of international aid.

By that measure, “the world’s largest health endeavor remained a clinical paltry one” and “a failure,” Farmer said in a Katz Distinguished Lecture organized by the UW Simpson Center for the Humanities.

Farmer, one of the world’s most influential thinkers on global health and a co-founder of the organization Partners in Health, held a series of conversations last week with a group of UW scholars examining global health through the lenses of history, anthropology, geography, cultural studies, philosophy, and other humanistic approaches. His lecture to a capacity crowd in Kane Hall framed the Ebola outbreak within larger historical currents and described solutions grounded in his years of clinical field work in Haiti, Peru, Rwanda, and elsewhere.

That staggering death rate was not inevitable, Farmer said. When a similar outbreak occurred in Germany in 1967, the death rate was 23 percent. In Liberia, Guinea, and Sierra Leone, centuries of exploitation set the stage for the outbreak that killed more than 11,000 people. Violent colonialism, slavery, war, the disastrous diamond trade (supported by US buyers), and poor leadership by international organizations, including the World Bank, all contributed to creating a clinical and public-health desert in the region, Farmer said.

“That’s the red carpet that got rolled out for Ebola, and that’s why it happened here and not elsewhere,” he said.

Supplies as basic as gloves, gowns, and goggles are essential for protecting caretakers, including mothers, grandmothers, and family members—the non-professionals who make up the majority of all care providers. Up to 75 percent of those infected were women.

“Do you know what it’s like to take care of someone who has uncontrollable diarrhea, nausea, and vomiting, and is sweating all over?” Farmer said. “There are billions and billions of infectious Ebola particles all over a room. Ebola is caused by caring about other people.”

Air-conditioning too is vital for patients fighting off fever in tropical heat, as well as for caretakers wearing protective suits. Such basic services explain why so many doctors and nurses died in West Africa, while those airlifted to the US or Europe survived.

Farmer uses the phrase “staff, space, stuff, and systems” to describe the essential elements in fighting the spread of infectious disease:

“This isn’t rocket science,” Farmer said. “We don’t invest in things we need to know ... If you lose 211 of your nurses and doctors, as happened in Sierra Leone, what’s the plan for reopening nursing schools and medical schools and improving them? What about this boring thing called health-systems strengthening? That didn’t happen after the war. All the money went into a different idea of peacekeeping ... and none of the money into education, health care, and rebuilding social systems.”

Farmer also told stories about the patients and caregivers who had become friends, including ones who died tending for Ebola patients and ones like Ibrahim, a Sierra Leone survivor who saw 22 family members die from Ebola and went on to become a caregiver himself, befriending a young girl and helping her recover through attentive bedside care. 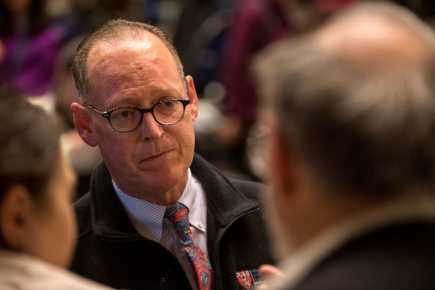 Farmer’s influence, chronicled vividly in Tracy Kidder’s book Mountains Beyond Mountains, arises from a seemingly tireless work ethic and a fierce conviction that the world’s poor deserve the same standards of health care as wealthy countries. While in medical school at Harvard, he traveled on weekends to the mountains of central Haiti to provide medical care, laying the roots for the organization that would become Partners in Health, which now has 18,000 employees in eleven countries. He has railed against bureaucratic euphemisms that suggest high standards of care in poor countries are not “cost-effective” or “sustainable.”

“The idea that some lives matter less is the root of all that is wrong with the world,” he has said.

Farmer is a practicing clinician with faculty positions at Harvard and Brigham and Women’s Hospital. Yet it was his doctoral training in anthropology and his interest in scholarly reading and writing that sparked some of the liveliest conversations with UW faculty and students during his three-day visit.

On February 8, he joined Iruka Okeke, Professor of Pharmaceutical Microbiology at the University of Ibadan, Nigeria, for a shared colloquium on the concept of global health “partnerships”—a pleasant-sounding term that can obscure wealth inequities between US and African organizations.

Okeke discussed the challenges of setting up research laboratories, which she has done in both the US and in Nigeria, where the nearest equipment suppliers are in France and equipment service is unavailable. “They treated me very differently depending on where I was, even though I’m the same person,” said Okeke, who was the keynote speaker for the UW research cluster last year.

She and Farmer discussed public-private partnerships, a method that Farmer has seen struggle in Lesotho and succeed in Haiti (through a 300-bed, solar-powered teaching hospital). They discussed the unequal rates that funders provide for the administrative costs of research projects in the US and Africa, which affects how quickly local labs can diagnose and track infectious disease.

“Why are overhead rates outside the US so low?” Okeke said. “Why is it that the same organization willing to pay 60 percent to an American institution thinks that an African institution can get by with 8 percent?”

Despite the fear surrounding Ebola, prevention and treatment require the same investments in health systems as any other infectious disease, the two said.

“What makes Paul’s work exciting to so many is his commitment to trying to solve problems and to understand causes,” said Ben Gardner, a research group member and Associate Professor of Interdisciplinary Arts & Sciences at UW Bothell.

In his lecture, Farmer closed by describing the new University of Global Health Equity in Rwanda, a partnership (or collaboration) between the government of Rwanda, Partners in Health, and other funders.

Watch Farmer’s lecture, “The Caregivers’ Disease: The History and Political Economy of Ebola in West Africa”: