The Pathway Back to North Seattle Colleges
Marcus Johnson 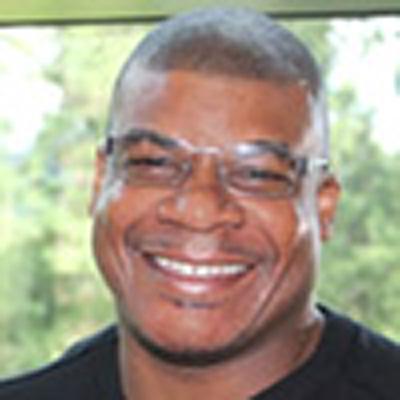 Several weeks ago, I was able to meet with Brian Palmer, Dean of Arts, Humanities, and Social Sciences, and several community college faculty who were at North Seattle College when I first attended, almost twenty years earlier. Stepping foot on the North Seattle College campus for the first time in years prompted me to reflect on the long journey that brought me full-circle.

As a kid living in South Seattle and the Central District, my first encounter with North Seattle was through my years at Green Lake Elementary and Hamilton Middle School. The bus would arrive at the crack of dawn, honk (if I wasn’t outside), and then transport me from my low-income community to the upper-middle class neighborhoods of Green Lake and Wallingford. In many of these instances, it seemed like I was being transported to a different world altogether. The houses were nice and the streets were newly paved. No liquor stores littered the corners and police officers weren’t looking for black men to stop and frisk. After completing elementary school and middle school, I was sent back to South Seattle, where I attended Cleveland High School. Each day, I was reminded of the stark difference between schools in North Seattle and the underfunded schools in the Central District and South Seattle.

My years in high school were tumultuous, to say the least. I struggled to excel academically, and my personal life presented challenges as well. Given some poor decision-making combined with a lack of resources to help me, I began to fall behind and it appeared I wasn’t going to graduate. During my junior and senior years, though, I was introduced to specialized programs that helped me gain some stability academically. The first program was a vocational/trade school in Georgetown, Seattle, that allowed me to study electrical engineering in place of one class and with the commitment of additional time after school. I participated in this program for most of my junior year, and my academic standing began to improve. During my senior year, I was introduced to a similar program at North Seattle Community College (now North Seattle College). Under the supervision of Chef Ross, “at-risk” youth could learn how to create various dishes and to prepare food for the college campus while earning high school credits.

After a year in this program I was able to graduate from high school in 1998, and I earned a certificate of completion from the culinary arts program, as well. My time at North Seattle College transformed my thinking and motivated me to consider attending college. College was no longer a distant dream or the big bad wolf, but a reality. I enrolled at North Seattle College with plans of focusing on international business; however, after being faced with more family issues, I decided to put my college career on hold in 2001. It would be almost a decade before I returned. Upon deciding to return to college, I enrolled at Cascadia Community College.

I eventually transferred to the University of Washington, Bothell, where I completed my B.A. in Global Studies and my M.A. in Cultural Studies. Today I’m in my third year of my doctoral training in Communication at the University of Washington, Seattle. As a current Mellon Fellow for Reaching New Publics, I have the wonderful opportunity to work with Professor Scott Ku, a faculty mentor in the program at North Seattle College. Several weeks ago, I was able to meet with Brian Palmer, Dean of Arts, Humanities, and Social Sciences, and several community college faculty who were at North Seattle College when I first attended, almost twenty years earlier. Stepping foot on the North Seattle College campus for the first time in years prompted me to reflect on the long journey that brought me full circle.

Marcus Johnson is a Mellon Fellow for Reaching New Publics and a PhD candidate in Communication at the University of Washington. 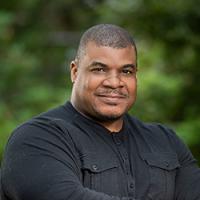 Marcus Johnson was a 2018 Mellon Collaborative Fellow for Reaching New Publics and is currently a doctoral candidate in the UW Department of Communication.

He recently co-authored the article “Black Cultural Studies is Intersectionality” with Ralina Joseph, which was published in the International Journal of Cultural Studies.