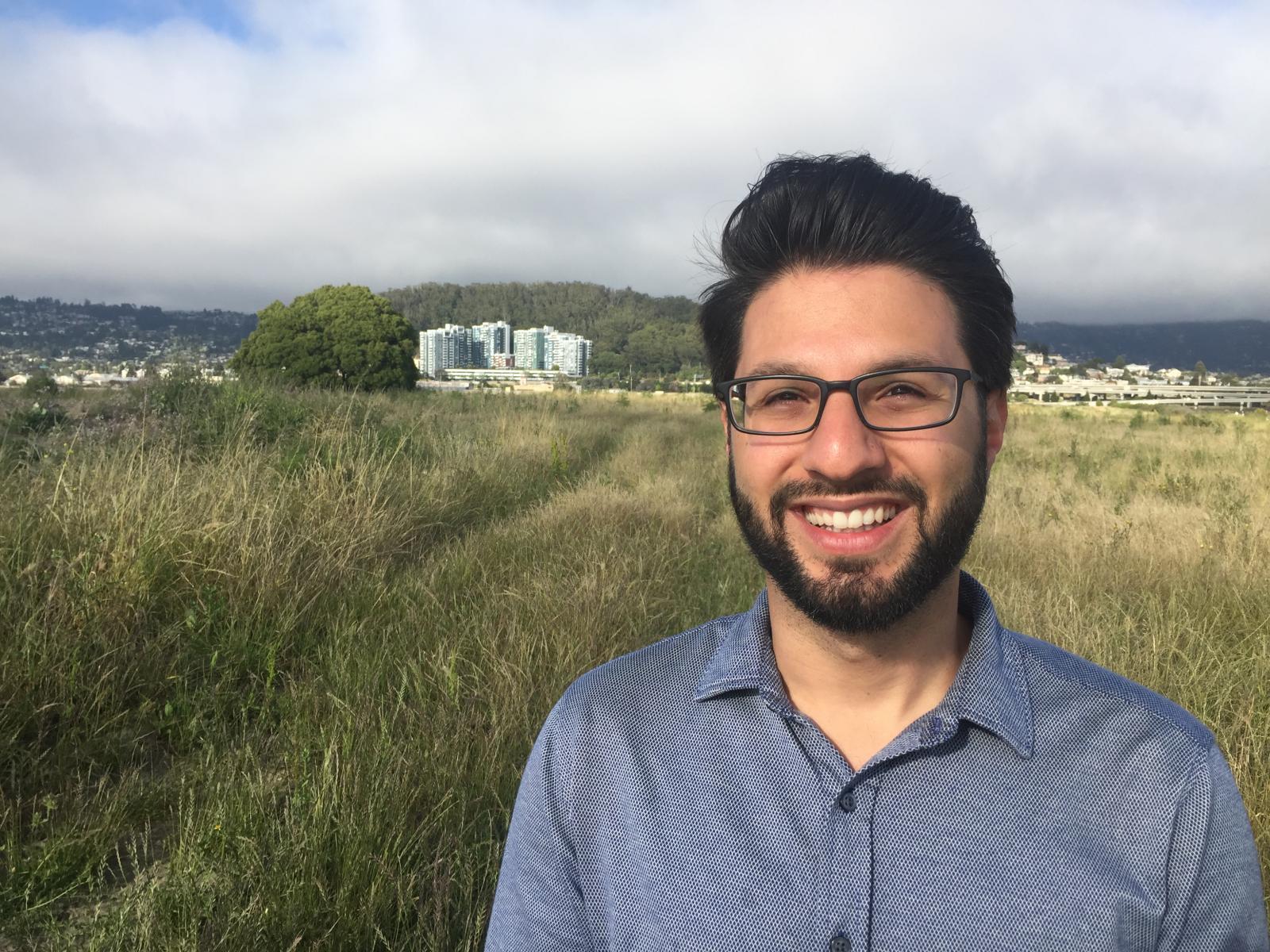 "In my classes, I insist on a pedagogical model of translation —its theory and practice— that highlights the most salient aspects of humanistic inquiry"

Tell us about your research in the NELC Department.

I am working on my first book project, tentatively titled Making Persian Literature: Iran and Afghanistan in the Age of Romantic Nationalism. It analyzes the historical inauguration of literature as a discourse of nation-building in early twentieth-century Iran and Afghanistan. It draws from a largely unexamined corpus of Persian-language newspapers and literary journals from 1890s to the 1940s. What is at stake for me in this project is to critically put two so-called non-Western case studies in conversation. In doing so, I hope to move away from the tired model of influence that traces the transmission of knowledge from an active and undifferentiated source (West) into a passive recipient (East).

For me, “influence” as a category of analysis —or even of description— is vague and meaningless; some fields have done a better job of displacing it than others. My readers might disagree with some of my conclusions, but I sincerely hope that they come to rethink this period in Persian literature as an age of intellectual inventiveness and collaboration across national and linguistic boundaries. The project’s bottom line is simple: literature did not become a social enterprise in national contexts that are sealed off from one another. We need to continue challenging methodological nationalism through collaborative and comparative work across national and disciplinary contexts.

How do you use Translation Studies in your classes?

I am amazed by how vastly diverse the field of Translation Studies is, especially if you consider studies that deal with translation’s extended metaphorical meanings and its relation to discourses of power. In my classes, I insist on a pedagogical model of translation —its theory and practice— that highlights the most salient aspects of humanistic inquiry: the notion that there is no such thing as unmediated knowledge and the idea that an act of interpretation is decidedly a labor of intellectual and empathic engagement with a given text and culture, not the outcome of being rooted in an ethno-nationalist community.

One particular book that really gets me excited in class is Finbarr Flood’s Objects of Translation (Princeton University Press, 2009). Flood employs translation as an analytical model to better understand processes of intercultural exchange in premodern West and South Asia. His nuanced analysis of how different language and ethnic communities worked to create cultural monuments has helped us to move away from treating “Muslim” and “Hindu” as racial and timeless categories. What is so impressive is that Flood succeeds in his analysis without uncritically producing yet another model of convivencia. Collaboration does not mean equal power dynamics and absence of conflict, it means all actors involved in a cultural enterprise exercised their agency in repurposing and rewriting different building blocks into a newly constructed monument. That right there is translation for me.

How did you become interested in the Translation Studies field?

It was through a mentor: Chana Kronfeld. In my first year at U.C. Berkeley in 2012, Chana came to our Near Eastern Studies proseminar and did a close reading of a Hebrew-language poem by Yehuda Amichai (d. 2000) titled “Jerusalem 1967” (from Now in the Storm, Poems 1963-1968). I was so inspired by her passion, analytical clarity and moral imagination. I wanted to ask similar questions and develop a methodology based on a close relationship with literary text and embrace all the labor of love that goes into reading, understanding, annotating, analyzing (and now teaching) it.

Chana’s graduate seminar, “The Politics and Poetics of Translation” two years later, radically broadened my horizons. Chana helped us outline translation’s relationship with power, encouraged us to celebrate our multilingual backgrounds, and inspired us to work collaboratively on translation projects. For a cohort that worked on Hebrew, Arabic, Persian, and Turkish —literary traditions that are often studied in nation-state oriented programs— it was liberating to be in a seminar that forced us to speak to one another and collectively critique the received wisdom of our fields. So many people in Berkeley have taken this seminar over the years and all would say the same thing: intellectually, it was a turning point.

How does translation intersect activism in your research?

I worked as an immigration rights advocate and Spanish-to-English translator in the East Bay Sanctuary Covenant in Berkeley for two and a half years. Among other projects, I was part of an ongoing national effort to give recipients of Temporary Protective Status or TPS permanent residency. Currently, I am remotely advising EBSC on their community-facing project called Amplifying Sanctuary Voices which aims to educate the San Francisco Bay Area public on the reasons why people flee their homes.

Working with asylum seekers and refugees has meant the world to me. The height of my ambition was not to get published in closed-access journals or land a tenure-track job, though achieving both have been deeply gratifying. My greatest ambition is to continue learning how best to lend my voice to the most vulnerable souls among us. I have just begun drawing from my experience as an immigration rights advocate to highlight the connection between translation and activism. Recently, I contributed a chapter to the Routledge Handbook of Translation and Activism that I hope will be a new chapter in that inquiry. There is no humanities without the human condition at its center and that is the perspective I hope to bring to the classroom.

You recently participated in an event hosted by the Hub, and you talked about the concept of "untranslatability". What does it mean and how do you use it in your own work?

The problem of untranslatability is twofold for me. One is historical. After reading about different premodern translation cultures in works like Tylus and Newman’s edited volume Early Modern Cultures of Translation (University of Pennsylvania Press, 2015), I realized that untranslatability as a rubric is quite modern. In a forthcoming paper titled “The Allure of Untranslatability,” I argue that untranslatability is a residue of romantic nationalism and its obsession with cultural singularity. In my classes I hope to help students investigate different translation cultures prior to the rise of romantic nationalism and in literary traditions well beyond North American English. Each translation culture has its unique conceptual vocabulary and ways of understanding and addressing cultural and linguistic difference. We would do well to familiarize ourselves with them.

The second problem I raise with untranslatability is discursive. We have acknowledged that the notion of untranslatability is, for better or worse, a part of our conceptual vocabulary. Now, let’s ask: what purpose does it serve for theorists and practitioners of translation? I argue that as a rubric it is useless, beyond recovery or redemption. At worst, untranslatability can be a gesture of cultural chauvinism and there is no dearth of such examples in my field. At best, it can be a grounded concept meant to safeguard cultural distinction, as exemplified by the Dictionary of Untranslatables (Princeton University Press, 2014). But I am utterly unconvinced that such a dictionary necessarily needs to be placed within the framework of untranslatability, apart from its marketability appeal. The idea of a dictionary of philosophical terms that cannot be translated sells, but intellectually, I just don’t buy it.

Do you have any translation project(s) coming up soon?

I have co-translated the poetry of Bizhan Jalali, a Persian-language poet (d. 1999) who wrote in free verse, with Adeeba Talukder. We both believe in Jalali’s poetic force, but unfortunately it has been really challenging to find receptive publishers to undertake a project that involves an unknown poet and two unknown translators. We won’t give up until we bring Jalali to his English-language readership. 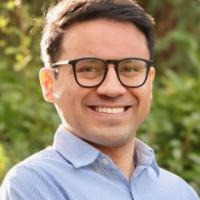 Jesús Hidalgo earned a PhD in Spanish in 2020. His research focuses on soccer, masculinities studies, and Latin American novels and films. He is currently the Graduate Program Advisor in the Jackson School of International Studies.