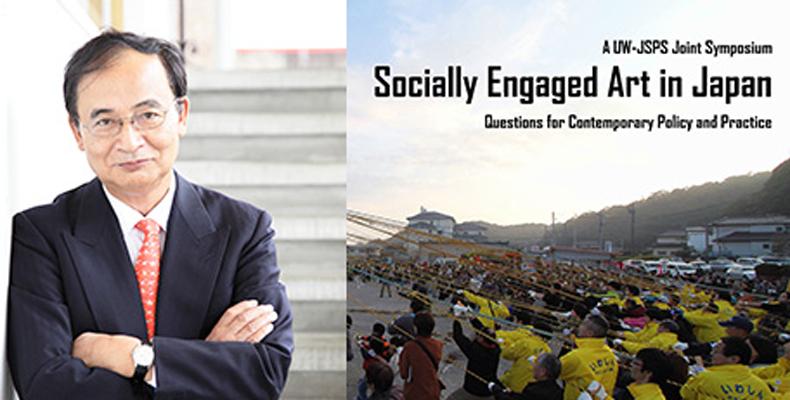 “It is outrageous that Fram Kitagawa, an internationally celebrated curator of socially engaged art in Japan, was just denied a visa to the US to deliver the opening keynote at our scholarly conference on art and politics"

Prominent Japanese artist and curator Fram Kitagawa has been denied a visa to speak at the University of Washington, allegedly due to his involvement in student protests in the 1960s. He was due to give a keynote address Thursday evening, November 12, at a conference on Socially Engaged Art sponsored by the Simpson Center for the Humanities.

Kitagawa is General Director of the Echigo-Tsumari Art Triennale and the Setouchi Triennale — two of the largest contemporary arts events in Japan — and a professor at Joshibi University of Art & Design. His new book, Art Place Japan, shows how public art helped revitalize depressed rural regions of Japan.

According to Kitagawa, he was denied a visa by US authorities because of his involvement more than 45 years ago in protests against a US military base expansion in Sunagawa, Japan. He was never prosecuted or convicted of any crime. He supplied documents to the embassy prepared by Japan's Ministry of Justice and the head of the National Police attesting to his innocence, but he was still refused a visa, according to conference organizer Justin Jesty (Asian Languages & Literature).

Ironically, the denial underscores the fraught nature of artists producing work of social and political relevance — the topic of the UW conference. The conference, Nov. 12-14, examines the worldwide surge of art crossing boundaries between art and social activism, using Japan's robust activity as a lens into broader questions of art and activism.

“It is outrageous that Fram Kitagawa, an internationally celebrated curator of socially engaged art in Japan, was just denied a visa to the US to deliver the opening keynote at our scholarly conference on art and politics," said Kathleen Woodward, Director of the Simpson Center and Professor of English.

Kitagawa's event Thursday evening will continue as planned. He will deliver a video address and Jesty will present Kitagawa's original talk, "Art in the Age of the Global Environment," along with comments on the state of US-Japan relations. The event is 7 pm at the Henry Art Gallery.

The rest of the conference includes more than 20 scholars, artists, and curators offering a series of intellectual and visual events. These include a Friday evening keynote by Sharon Daniel, an accomplished artist and professor of Film & Digital Media (University of California, Santa Cruz) who produces interactive and participatory documentaries, including the celebrated 2007 project Public Secrets.

Along with the Simpson Center, the conference is supported by the Japan Society for the Promotion of Science, the Japan Faculty in Humanities and Arts, the UW Japan Program, the Japan Foundation Center for Global Partnership, the Japan-US Friendship Commission, the Department of Asian Languages and Literature, Urban@UW, and the School of Art + Art History + Design.