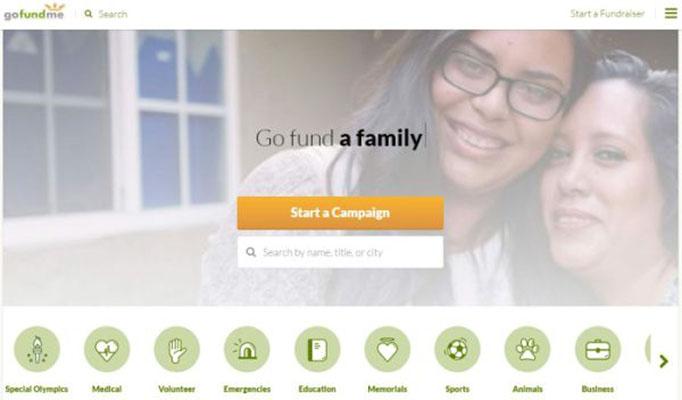 “Compelling people to compete for funds based on how deserving your personal narrative is a tragedy in itself.”

If you’re going to raise money for your medical bills on a website like GoFundMe or GiveForward, it’s best to have the right kind of disease. Be sure to have a curable condition—terminal cases are unappealing to potential funders. Make your needs specific and achievable, like an MRI test or a prosthetic device. It helps to be a child or a photogenic person. Geriatric care is nearly impossible to fund.

To run a successful campaign, keep your tone upbeat and include photos of yourself looking healthy and enjoying life, as GiveForward founder Ethan Austin advises. You’ll want excellent skills in video production. Share details of your medical condition and your journey of healing to keep supporters engaged; remember, you’re competing with many other stories of tragedy and need.

Finally, be sure to have a wealthy and influential network of friends and family. Otherwise you may end up with the vast majority of campaigns that fail to reach their goal.

If these guidelines seem heartless, they are the unwritten rules for the new landscape of health care crowdfunding, a multi-billion-dollar industry. Sites like YouCaring, GiveForward, and Fundly have hosted millions of campaigns for Americans seeking to pay for medical costs. GoFundMe, the largest such site, raised $2 billion for users in 2016, with health and medicine as its largest category. It has hosted more than 2 million campaigns for medical causes.

New research from the University of Washington provides some of the first in-depth study of the phenomenon. Researchers studied a randomized sample of 200 GoFundMe medical campaigns from 2016, finding that 90 percent of them did not reach their financial target, raising just 40% of their goal on average, or $3,034. More than 10 percent of the campaigns raised less than $100.

The researchers also found that campaigns are more likely to originate in states that rejected Medicaid expansion under the Affordable Care Act. While 39 percent of the population lives in those states, 54 percent of the sampled campaigns came from them, suggesting a connection between a weaker social safety net and an increased reliance on crowdfunding.

The study, published in the journal Social Science & Medicine, finds that crowdfunding sites give an advantage to those already skilled in self-marketing and generating attention on social media. The digital platforms can present problems for older people—those most likely to have costly chronic conditions—as well as non-English speakers. Very few campaigns go viral beyond one’s personal network, which penalizes those who don’t have wealthy connections. It’s easier to fundraise for a single need, rather than a tangle of medical costs, housing payments, utility bills, and car repairs—exactly the kinds of needs that pile up for those living in poverty.

In short, the rise of medical crowdfunding reflects—and potentially worsens—the inequities already at play in the United States.

“We found that a good campaign has to do with solvable problems and so-called good investments,” said Nora Kenworthy, Assistant Professor of Nursing & Health Studies at UW Bothell. “Those are not the same values that an equitable health system is based on. These sites are being asked to fill in gaps in the system, but they’re only filling gaps for people who have solvable needs.”

Kenworthy, a public health researcher and medical anthropologist, conducted the study with Lauren Berliner, a media studies scholar and Assistant Professor in the School of Interdisciplinary Arts & Sciences at UW Bothell. They examined public-health impacts as well as the emotional demands of what Kenworthy called the emerging “archive of suffering” formed by GoFundMe.

They also examined the rhetoric people use to demonstrate their deservingness.

“People say ‘I wish I didn’t have to do this. I’m so embarrassed,’” Berliner said. “They use disclaimers: ‘I wouldn’t do this unless I had nowhere else to turn.’”

Sites like GoFundMe make demands on users—publicize yourself, prove your worthiness, surrender your privacy—at what may be the most overwhelming point in their lives. As a for-profit company, GoFundMe also charges a 7.9 percent fee on donations. Using crowdfunding can also jeopardize those receiving public benefits based on income, like Medicaid, since any funds raised can qualify as income.

The study, funded with support from the UW Simpson Center for the Humanities, found that it was not necessarily the most tragic stories that drew the most support, but the ones that presented a solvable need and most successfully used memes, hashtags, images, and other social-media hallmarks. While experts strongly recommend using video, only 3 percent of the studied campaigns did so, suggesting a technical barrier for users.

The paper includes a vivid—and at times wrenching—comparison between two campaigns. The first, “Team SuperVan,” supports a young boy with cancer. The campaign, run by the boy’s mother and grandmother, features frequent updates with photos and clear explanations of his health progress. The page uses uplifting hashtags like #SuperVan, #Justbeatit, and the popular #Cancersux.

By contrast, a campaign titled “Family in Need” offers vague descriptions of a family that “has been struggling with our bills” due to chronic issues, surgeries, and the autism diagnosis of two sons. There is just one image and a few short updates reiterating needs, including the risk of home foreclosure. The user appears to struggle with the site’s functionality, explaining that he set up a new campaign because he had trouble changing his bank information on the first one.

“The more deeply a family is suffering, the harder it is to distill that all into a meme,” Berliner said. “‘Family in Need’ seems to have needs without end, beyond medical costs. A donor might ask why it would be worth it to help them.”

The authors note how the rise of online crowdfunding—which includes sites like Kickstarter to fund artistic and business ventures—teaches would-be funders to see campaigns as investments that can yield satisfying outcomes. Help fund your friend’s indie film and get an early-release DVD, for example.

Medicine, with its vexing relationship to mortality, does not always deliver satisfying outcomes. Campaigns to pay for funerals make up a significant portion of GoFundMe, although the authors did not study them.

Digital crowdfunding may be new, but leaning on communities for support is not. Families, religious groups, and “benefit societies,” have long formed circles of care. Conservatives frequently argue that such communities can provide better support than public systems. What’s changed in the last few decades is the increasing sorting of wealthy and non-wealthy classes in America, and the fast-rising cost of health care. Hospitals performing million-dollar bone-marrow transplants still have pamphlets recommending bake sales for fundraising. Medical bills have become the most common cause of bankruptcy in the US.

None of this denies the emotional support that people find through donations, comments, shares, and “hearts” on crowdfunding sites. On GoFundMe, thoughts and prayers are shared in abundance. Fundraisers frequently offer heartfelt thanks for the support they experience. Given the small sums raised in some campaigns, emotional support may be the most tangible benefit for some campaigners, Berliner said. The website CaringBridge helps people share information and support about ongoing medical needs, without a fundraising element. Meal Train helps people organize home-cooked meals for people in need. There’s no doubt that social media offers new tools for supporting people during hard times.

But it’s one thing to voluntarily tell your health story to a limited social circle. It’s another thing to be forced by the threat of bankruptcy or foreclosure to share it with the public.

“Compelling people to compete for funds based on how deserving your personal narrative is a tragedy in itself,” said Alan Regenberg, a bioethicist at Johns Hopkins Berman Institute of Bioethics.

The system doesn’t allocate goods according to any overarching ethical concern such as saving the most lives, he said.

In future research, Kenworthy and Berliner plan to interview crowdfunding campaigners, donors, industry insiders, and people in the health care industry who advise patients on finances. They are planning a larger and more robust analysis of quantitative data they’ve collected on multiple medical crowdfunding sites. Kenworthy is also conducting a related study of crowdfunding in the field of global health.

Their research fits a series of Simpson Center projects using humanities and social-science methods to study questions regarding population health, funded in part by the UW Population Health Initiative. (Another project studies the concept of global health partnerships from a humanistic perspective.)

The authors plan to delve further into privacy issues in future research.

“A campaign’s success can depend on how much it divulges of a person’s health history, financial situation, and even genetic makeup, information that will live online long after the fundraising ends,” they write.

The most dangerous consequence of the rise of medical crowdfunding, they argue, is the way it trains us to see health care as a personal good to be earned, rather than a universal human right. Other forums, like a public town hall, could provide room for debate on whether we want this state of affairs in our country. The format of GoFundMe steers users toward “hyper-individualized accounts of suffering.”

“Relying on these sites changes how we perceive the problem,” said Kenworthy. “It masks a more open conversation we could be having about the inequities of our health system. There’s no space for a structural critique in your personal appeal.”

In this way, crowdfunding functions as both a symptom and a cause of a health care system designed for austerity.

For people forced to use these sites, struggling to raise funds can feel like a failure of self-marketing. The new study can help us view their struggles more accurately—as the predictable result of a broken system.