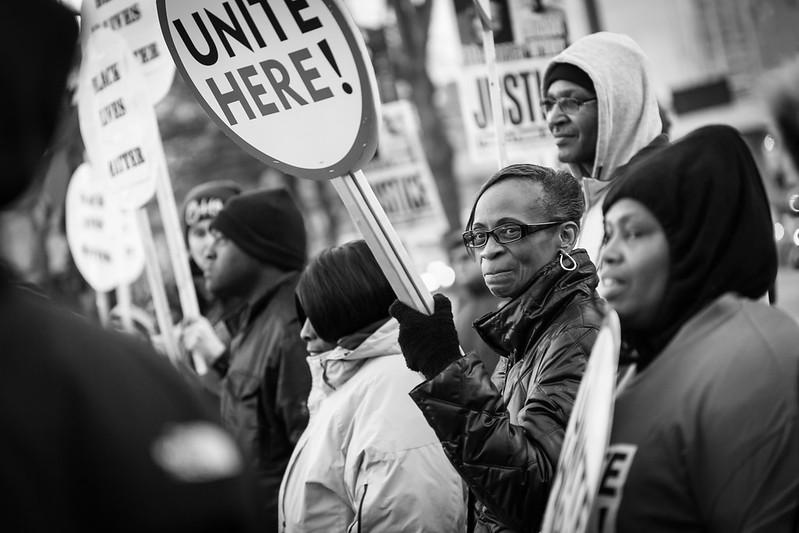 “American politics are endlessly interesting and endlessly mysterious," he says. "We have a lot of studies of individual social movements, but not much productive thinking about how they work together."

University of Washington historian James Gregory calls such movements “fluorescences” — they flare up suddenly and often fade just as quickly, leaving uncertain change in their wake. Because they operate outside of electoral politics, they’re often overlooked by historians and political scientists, Gregory says.

His new project, Mapping American Social Movements through the Twentieth Century, takes a groundbreaking approach to examining such movements. Through digital maps, charts, and other visualizations, the online project creates a political geography of American radicalism. The mapping dimension shows how movements arise from particular hotbeds, such as New York, San Francisco, Seattle, and Chicago. That geography changes over time: Oklahoma and other Great Plains states were strongholds of socialism early in the twentieth century, according to Gregory’s analysis of socialist newspaper records.

Other maps track Socialist Party membership, Industrial Workers of the World chapters, and union strikes and arrests. Gregory hopes the project brings new understanding on how radical politics spread and reproduce over time.

“American politics are endlessly interesting and endlessly mysterious,” he says. “We have a lot of studies of individual social movements, but not much productive thinking about how they work together. Mapping them all across time in this interactive way, I think, is going to expose connections that we haven’t seen before.”

Mapping American Social Movements is supported by a 2015 Digital Humanities Summer Fellowship from the Simpson Center for the Humanities. Gregory, Professor of History, has a distinguished record of public scholarship that sheds light on current social issues. His Seattle Civil Rights and Labor History Project, for example, uncovered the racist housing bylaws that shaped Seattle’s neighborhoods, a legacy in the news again lately. In spring 2015, Gregory was awarded the Barclay Simpson Prize for Scholarship in Public for such work.