Animal Infections and the Next Human Pandemic
Kathleen Woodward 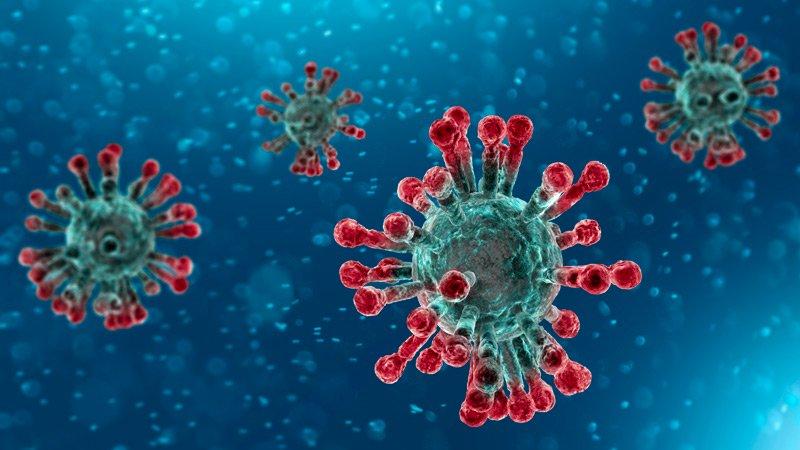 The foundational questions of Spillover are these: Where do these diseases come from? Can they be predicted? Why do they subside? Drawing on the conventions of the detective story and citing academic research, Quammen explains the science in an intelligible voice

The numbers have mounted every day since China first began announcing them. As I write this, the New York Times reports that in China deaths from the coronavirus—named COVID-19 by the World Health Organization—have reached at least 1113, with the number of cases confirmed rising to 44,653. Where can we turn for an informed and compelling perspective on what will almost surely become a pandemic? I recommend science writer David Quammen’s Spillover: Animal Infections and the Next Human Pandemic, a book written for a broad public that was published in 2012. 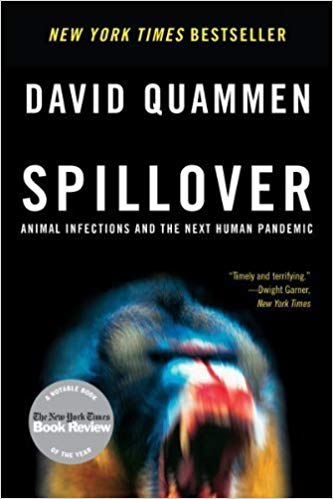 The foundational questions of Spillover are these: Where do these diseases come from? Can they be predicted? Why do they subside? Drawing on the conventions of the detective story and citing academic research, Quammen explains the science in an intelligible voice, patiently introducing us to vocabulary I suspect is unknown to most of his readers (reassortment, reservoir hosts, anthroponosis). He devotes the chapters of his book to outbreaks of specific diseases around the world—Hendra, Ebola, Lyme disease, and AIDS, among them, with influenza taken up primarily at the end. He tells us about people who have died from these diseases and introduces us to people who have survived them, including scientists pursuing research and medical personnel caring for those who fell sick. He vividly illuminates the threat of diseases that are zoonotic— that spill over, jumping from animals to humans. Through the very accumulation of these stories, he shows us that these diseases are significantly on the increase. It’s a big book. Read it from beginning to end. But ignore the threatening image of a crazed primate on the cover. Designed to elicit fear and sell copies, it doesn’t resonate with the tone of the book whose purpose is to engender heightened understanding and informed concern.

Throughout his book the word risk rings like a bell. But it is the concept of unpredictability—the unpredictability of catastrophic global biological risk—that is at the heart of his book. Spillover is a history of the present and a speculation about our biological future. But in fact, it offers not so much speculation as a confident prediction that there will be—there is in David Quammen’s mind no doubt about it—an outbreak of an infectious disease devastating to humans.

Quammen argues persuasively that we are in a new era of ever-emerging zoonotic diseases. Over the course of Spillover, he builds a powerful case that outbreaks of pathogens—his emphasis is on viruses— are growing more and more common around the world. This elevated risk, he argues, is due to increased density of human populations and the increased incidence of monoculture that disturb natural ecosystems and result in crowded conditions. “Human-caused ecological pressures and disruptions are bringing animal pathogens ever more into contact with human populations, while human technology and behavior are spreading those pathogens ever more widely and quickly,” he writes (40). Quammen leaves us with a powerful parable—that the human species may itself be an outbreak, which is understood as a huge and sudden increase in the population of a single species.

Quammen’s perspective is global, not national, and his focus is on populations and interspecies connections as well as on individuals. Those individuals include the non-human—gorillas, bats, and horses, among them. In fact, his first chapter introduces us to a small outbreak in 1994 near Brisbane of a new and mysterious virus that came to be called the Hendra virus. It inflicted horrific and swift suffering primarily on treasured racehorses (the first one we meet is the pregnant Drama Series who dies suddenly and violently).

Throughout Spillover, Quammen also calls attention to the small-and large-scale obliteration of non-human animals by humans in an effort to quell outbreaks in humans. Consider the 1994 euthanasia in the US of forty-nine macaques, all of whom had been in proximity to the Reston virus but had tested negative (as Quammen mordantly points out, none of the humans who had also been in contact with the virus but tested negative were euthanized). Consider as well the 1997 outbreak in Hong Kong of H5N1, known colloquially as the bird flu. Quammen stresses that, as a measure to protect humans, all of the chickens in Hong Kong—a mind-boggling 1.5 million!—were killed (the euphemism is “culled”).

Fast-forward to our present moment: In the shadow of the coronavirus outbreak among humans, 18,000 chickens have been killed—by both the H5N1 virus and by governmental authorities—in China. But little media attention has been dedicated to this loss of life.

Importantly, in Spillover, Quammen conveys a palpable sense of three different scales of time and how these differences influence the interaction between viruses and humans. First, he describes the long, slow span of evolutionary viral time—time that is primordial in nature. He refers to infections that seem ancient, having coevolved over some thirty million years with their hosts, the result of which is a benign symbiosis and a heightened ability for adaptation. Paradoxically, within this slow moving evolutionary process, also exists immense speed—a molecular velocity at which some viruses mutate.  A virus such as H5N1, in particular, mutates “profligately,” evolving “quicker than perhaps any other class of organism on Earth,” he writes. “It’s what makes them so volatile, unpredictable” (271).  These two vastly different scales of time frame a third—that of the human species, whose temporality takes on the mundane dimension of foreshortened time.  “We are a relatively young kind of primate, we humans,” writes Quammen, “and therefore our diseases are young too” (164). As a result, humans have not had the long span of evolutionary time to coevolve with the virosphere, making us more susceptible and less adaptable than our ancient, sometimes fast-moving counterparts.

Spilling over, jumping from one species to another, a highly infectious virus will typically increase exponentially until, precipitously, there is no longer a sufficient number of susceptible individuals in a population for the virus to occupy or infect.  And then the virus disappears.  But it is not eradicated, Quammen underscores.  It is, as it were, in hiding.  It has a long evolutionary history and endures.  This is a narrative basic to Spillover, repeated across its chapters.

Toward the end of his book, Quammen tells a little eco-story—a parable really—about his home town in Montana. In 1993, a mob of caterpillars descended in a cloud and proceeded to eat virtually ALL of the leaves from every tree in sight, molt in crusty droves, and then disappear—now as brown moths— as suddenly as they had appeared.  Their invasion carried the force of devastation of biblical proportions.  It was an outbreak. By the end of Spillover the meaning of the parable has become clear.  The analogy is to homo sapiens. Our population has exploded. We are devouring the world on which we depend.  “We are an outbreak,” Quammen writes (497).  The reader turns the page and finds this: “And here’s the thing about outbreaks:  They end” (498).  The future is our disappearance.

But Quammen doesn’t end there.  His narrative takes a reflective turn.  He questions the analogy he put forward.  It all depends, he concludes. We can’t predict the next epidemic or pandemic. But we can understand how humans are disrupting long-held balances across multiple species and concern ourselves with readiness.

Biological Futures in a Globalized World

Quammen closes his book on unpredictable catastrophic biological risk, ending with a discussion of influenza which, in its various guises, has killed millions of people around the world. SARS, the coronavirus that emerged in Hong Kong in 2003 and killed 774 people world-wide, is being compared to today’s coronavirus, which has surpassed it in severity. Importantly, Quammen offers us an historical perspective on such outbreaks. The Spanish flu pandemic of 1918-1919, he reminds us, killed some fifty million people; the virus was H1N1, its source, wild aquatic birds.

I am in admiration of Quammen’s book for communicating in a compelling and not sensationalist way the catastrophic threat of pandemics to life on earth to a broad public. We need more people in the academy—especially in the humanities—to attend to work like Quammen’s, amplifying it, circulating it, engaging it, and praising it. More, I would like to see us encourage our doctoral students and our colleagues to undertake work like this—writing for a broad audience, scholarship in public. 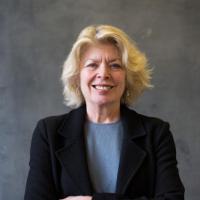 Kathleen Woodward, Director of the Simpson Center for the Humanities, is Bryon W. and Alice L. Lockwood Professor in the Humanities and Professor of English at the University of Washington. She is the author of Statistical Panic: Cultural Politics and Poetics of Emotions (2009), Aging and Its Discontents: Freud and Other Fictions (1991), and At Last, the Real Distinguished Thing: The Late Poems of Eliot, Pound, Stevens, and Williams (1980).