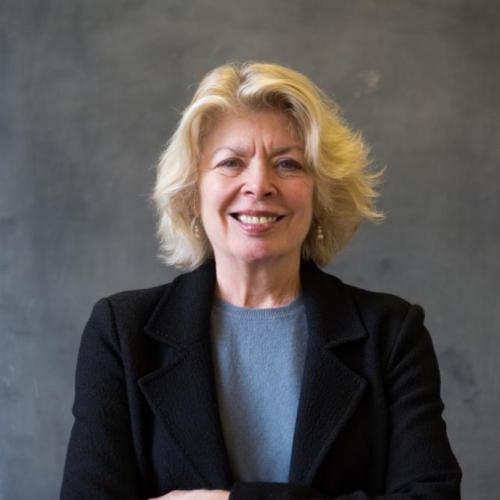 Kathleen Woodward, Lockwood Professor in the Humanities and Professor of English, has served as Director of the Simpson Center for the Humanities since 2000. She is the author of Statistical Panic: Cultural Politics and Poetics of Emotions (2009), Aging and Its Discontents: Freud and Other Fictions (1991), and At Last, the Real Distinguished Thing: The Late Poems of Eliot, Pound, Stevens, and Williams (1980). She has published essays in the broad crossdisciplinary domains of the emotions, women and aging, and technology and culture in American Literary History, Discourse, differences, Generations, Indiana Law Journal, SubStance, Journal of Women's History, Women's Review of Books, South Atlantic Review, Studies in the Novel, and Cultural Critique. She is also the editor of Figuring Age: Women, Bodies, Generations (1999) and The Myths of Information: Technology and Postindustrial Culture (1980) as well as the coeditor of Memory and Desire: Aging--Literature--Psychoanalysis (1986), The Technological Imagination: Theories and Fictions (1980), and Aging and the Elderly: Humanistic Perspectives in Gerontology (1978). From 1986-1995 she coedited Discourse: Journal for Theoretical Studies in Media and Culture. She is presently working on risk in the context of globalization and population aging.

Woodward has received institutional grants from the Mellon Foundation, the National Endowment for the Humanities, the Woodrow Wilson National Fellowship Foundation, the Rockefeller Foundation, and the National Endowment for the Arts. She is a member of the Board of Directors of the American Association of Colleges and Universities (AAC+U) and the Steering Committee of HASTAC (Humanities, Arts, Science, and Technology Advanced Collaboratory). She has served on the Executive Committee of the National Society of Phi Beta Kappa (2012-2018), the Executive Council of the Modern Language Association (2009-2013), the Board of Directors of the National Humanities Alliance (2003-2009), and as Chair of the National Advisory Board of Imagining America, a broad-based network of scholars and leaders of cultural institutions devoted to fostering the development of campus-community partnerships (2000-2005). From 1995-2001 she was President of the Consortium of Humanities Centers and Institutes, an international organization of over 250 members, and she continues to serve on its International Advisory Board. Woodward was the Director of the Center for Twentieth Century Studies at the University of Wisconsin-Milwaukee from 1981-2000, where she taught in the Department of English and interdisciplinary graduate program in Modern Studies. She has also taught at the Ecole des Hautes Etudes en Science Sociales in Paris. She holds a BA in Economics from Smith College and a PhD in Literature from the University of California at San Diego.