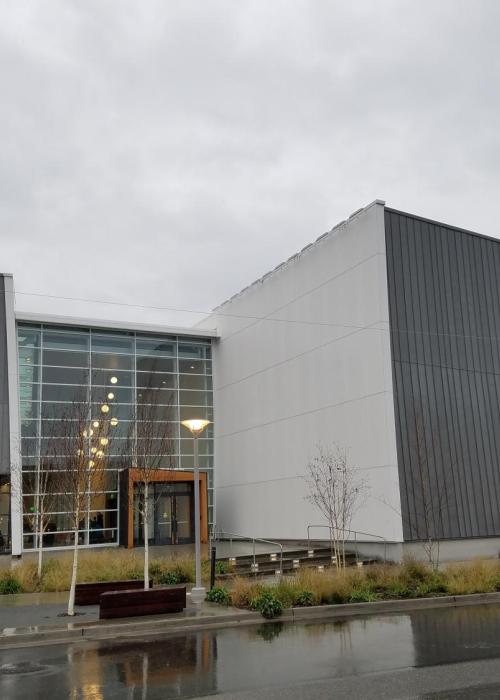 Institutions in Scandinavian Studies: Cinema, Museum, and the Square

This course takes Nordic film institutes as general models of public humanities spaces and as focused case studies in the role that public cultural institutions and cinema play in shaping publics. This course brings the Nordic region into conversation with cinema traditions in the United States and around the world. Inspired by the recent critical success of Ruben Östlund’s film, The Square (2017), a scathing cinematic interrogation of the museum and the public sphere, and the recent opening of new National Nordic Museum (NATNO) in Ballard, Cinema and the Public Institution focuses on the intersection of cinema, museum, and publics both theoretically, through a series of film screenings, accompanying critical texts, and class discussion, and practically,  through coordinating with NATNO in  curating a potential film series to be hosted by NATNO. Östlund’s films investigate the deterioration of trust among people who inhabit the imagined spaces of the Nordic welfare state, as well of the institutions that seek to manage its resources, in this case, the art museum. This course will delve into this discourse of deterioration and critique, while also exploring the potential to inspire new publics at the intersection of the museum, cinema, and the university.

For most scholars working in cinema traditions outside Hollywood, the link between public institutions and cinema is an obvious one. Nordic national cinemas (Denmark, Finland, Iceland, Norway, and Sweden) have historically been enmeshed with public institutions. State-funded national film institutes in the Nordic countries were established at the height of welfare state expansions in the 1960s, and illustrate how integral cinema is to discourses about art, public good, citizenship, and the public sphere in the region. This course also considers more recent iterations of this model of public film support and scholarship in the form of the International Sámi Film Centre AS that was founded in 2007 and later reorganized as the International Sámi Film Institute (ISFI) in 2014. International in scope, the support of indigenous filmmaking under the auspices of ISFI retains certain connections to Norwegian funding schemes. Much like the museum, the physical and virtual spaces facilitated by these institutions blend public outreach with academic research, production, and preservation. They house: offices of film officials who distribute government resources in the production of film, research archives, exhibition and lecture facilities, libraries, spaces for educational outreach, restaurants, and movie theaters for screenings, and preservation facilities. This course considers how the institutional spaces of NATNO in Ballard and the Department of Scandinavian Studies at University of Washington might learn from or approximate the Nordic Film Institutes model of combining academic research with public outreach, to better understand how cinema informs discourses about art, public good, and the public sphere.