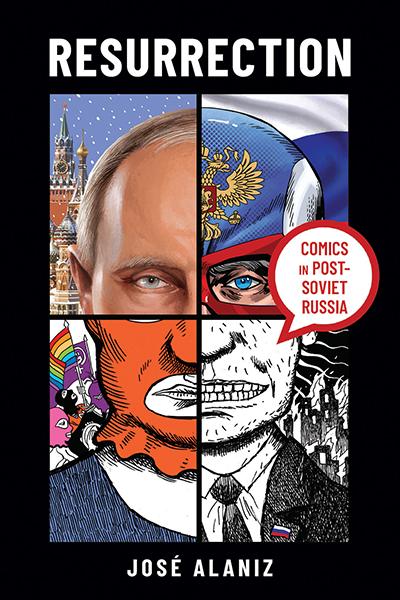 Resurrection: Comics in Post-Soviet Russia traces the “kopecks to rubles” journey of Russian comics at the turn of the century. As the follow-up to José Alaniz’s groundbreaking Komiks: Comic Art in Russia (2010), Resurrection authoritatively and exhaustively details the Russian comic landscape of the last three decades: beginning after the 1991 fall of the Soviet Union and encompassing the fourth Putin administration, the COVID-19 crisis, and beyond. Bolstering his analysis with interviews with some of the major figures in Russia’s comics industry, Alaniz particularly focuses on the representation of masculinity, disability, historical trauma, and superheroes, as well as on the recent rise of fandom, alternative micropresses, and nonfiction graphic narrative. Resurrection is a sweeping discussion of the metamorphosis of contemporary Russian comic art from its rebirth to its entry into mainstream culture.

More from the publisher: