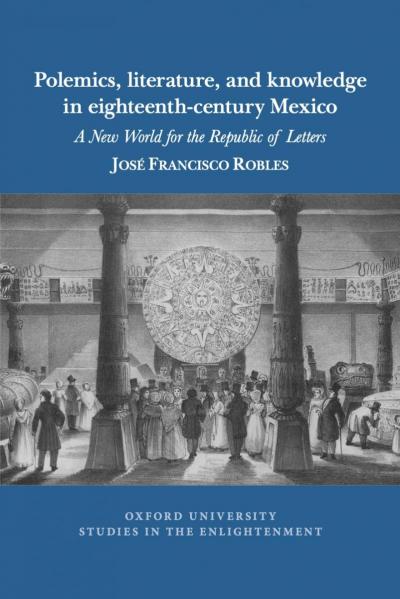 Polemics, Literature, and Knowledge in Eighteenth-Century Mexico: A New World for the Republic of Letters

Polemics, Literature, and Knowledge in Eighteenth-Century Mexico is the first study to comprehensively analyse the configuration of the idea of the Republic of Letters in an eighteenth-century Latin American country.

Taking a multisided approach to Mexican culture of the era, this book’s analysis of literary texts engages with an exploration of such concepts as the Republic of Letters and the archive, as well as their connections to transatlantic polemics on knowledge production in the New World and debates on philosophical systems of learning. It furthermore draws upon the history of science in Mexico in order to trace the development of scientific thought and its influence on culture, religion, and fiction. This study proposes that eighteenth-century Mexican writers sought to establish a place within a global scholarly community for their local literary republic through the formation of scholarly networks, the historical exploration of the past and present, and the creation of new epistemological approaches to literary production inspired by Enlightenment ideas.

This book invites those devoted to the study of eighteenth-century cultures to engage in an examination of a lesser-explored scholarly territory and its networks, and to think about how it was heterogeneously constructed by many-sided polemics and debates which manifested in a broad range of literary works.