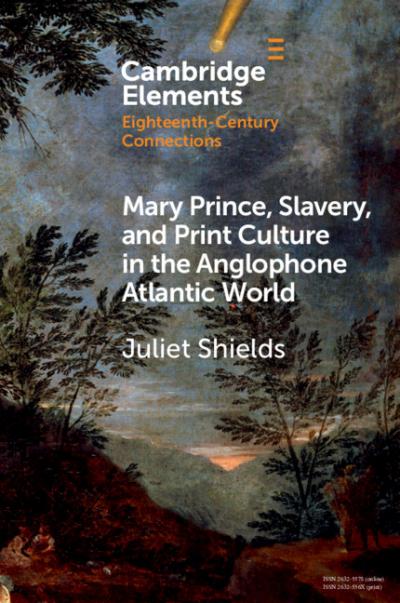 This study examines a network of writers that coalesced around the publication of The History of Mary Prince (1831), which recounts Prince's experiences as an enslaved person in the West Indies and the events that brought her to seek assistance from the Anti-Slavery Society in London. It focuses on the three writers who produced the text - Mary Prince, Thomas Pringle, and Susanna Moodie - with glances at their pro-slavery opponent, James MacQueen, and their literary friends and relatives. The History connects the Black Atlantic, a diasporic formation created through the colonial trade in enslaved people, with the Anglophone Atlantic, created through British migration and colonial settlement. It also challenges Romantic ideals of authorship as an autonomous creative act and the literary text as an aesthetically unified entity. Collaborating with Prince on the History's publication impacted Moodie's and Pringle's attitudes towards slavery and shaped their own accounts of migration and settlement.