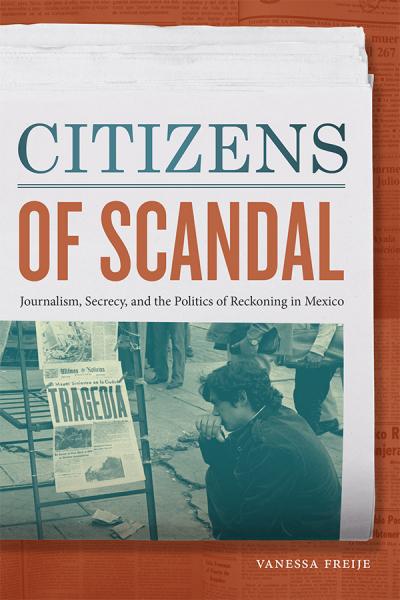 Citizens of Scandal: Journalism, Secrecy, and the Politics of Reckoning in Mexico

In Citizens of Scandal, Vanessa Freije explores the causes and consequences of political scandals in Mexico from the 1960s through the 1980s.

Tracing the process by which Mexico City reporters denounced official wrongdoing, she shows that by the 1980s political scandals were a common feature of the national media diet. News stories of state embezzlement, torture, police violence, and electoral fraud provided collective opportunities to voice dissent and offered an important, though unpredictable and inequitable, mechanism for political representation. The publicity of wrongdoing also disrupted top-down attempts by the ruling Partido Revolucionario Institucional to manage public discourse, exposing divisions within the party and forcing government officials to grapple with popular discontent. While critical reporters denounced corruption, they also withheld many secrets from public discussion, sometimes out of concern for their safety.

Freije highlights the tensions—between free speech and censorship, representation and exclusion, and transparency and secrecy—that defined the Mexican public sphere in the late twentieth century.