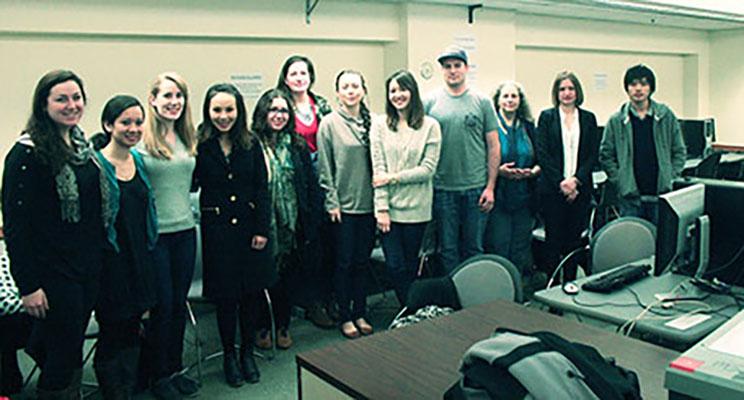 The Newbook Digital Texts in the Humanities Publications Collaborative

The Svoboda Diaries Newbook Project has made a giant step forward. With a boost from 2012-13 funding by the Simpson Center, our project to publish a collection of 19th-century personal diaries from Iraq has grown to include two other primary texts publication projects: The Emma B. Andrews Diary Project, which will make available the diaries of an amazing 19th-century woman, the mistress of Theodore M. Davis (1837 - 1915), an Ohio businessman who funded much of the “Golden Age of Egyptian Archaeology,” and The  Georgian Digital Text Collective, which will publish a large collection of little-known Georgian literature in multiple languages and formats.

During 2013-14, our transcribing, editing, and XML mark-up teams will be working closely with a newly formed Newbook Technology and Development Group to adapt the tools developed for the successful web and print publication of the Alexander Svoboda Travel Journal, available as From Baghdad to Paris: 1897 online and in print at the UW Bookstore, and apply them to the Joseph Mathia Svoboda Iraq Diaries, the Emma Andrews Diary, and Georgian Literature.  The result will be an efficient, low-cost digital pipeline to multi-media publication for a wide variety of primary texts and supporting materials.  In addition, our team will be creating new websites for our virtual publishing house and exploring the application of open-source digital tools to the analysis of our published texts.