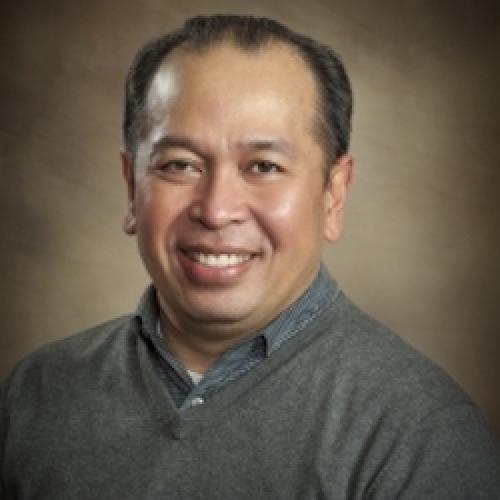 Rick Bonus is primarily a professor of American Ethnic Studies, but he also has strong interests in the conjunctions among ethnic studies, American studies, Pacific Islander Studies, and Southeast Asian studies, particularly as they deal with the historical and contemporary phenomena of migration, transnationalism, interdisciplinary work, and multicultural pedagogy. His first book, Locating Filipino Americans: Ethnicity and the Cultural Politics of Space (Temple 2000), is a study of transnational Filipino experiences in the U.S. within the contexts of U.S. imperial histories, labor recruitment, and ethnic community formations. He co-edited with Linda T. Vo the anthology, Intersections and Divergences: Contemporary Asian American Communities (Temple 2002), a collection of essays that grapple with the heterogeneities, complexities, and contradictions of racialized group formations. With Dina C. Maramba, he co-edited The "Other" Students: Filipino Americans, Education, and Power (Information Age 2013), and his latest book is The Ocean in the School: Pacific Islander Students Transforming Their University (Duke 2020), an ethnography of underrepresented students whose college experiences become generative sites for critiquing and transforming university schooling. He has written essays on the cultural politics of difference, media representations, and multicultural education.

Rick teaches courses pertaining to U.S. multiracial society, Filipino American History and Culture, ethnographies of Southeast Asia and Southeast Asian America, and education in relationship to race. He has been involved in the creation and sustenance of several UW mentorship programs that specifically target the retention and eventual graduation of students who identify as, or are allies with, Pacific Islanders, Chicanos/Latinos, Native Americans, African Americans, and African diasporic people. He also works on advocacy for underrepresented faculty, curriculum transformation, and nurturing community linkages with many groups. He was formerly the president of the Association for Asian American Studies and the editor-in-chief of its flagship journal, the Journal of Asian American Studies. Currently, he is editor-in-chief of ALON: Journal for Filipinx American and Diasporic Studies.