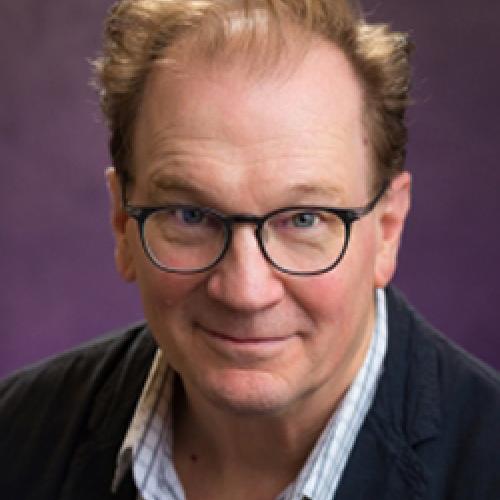 Ray Jonas is a historian of “the long nineteenth century” which opens with the crisis of the European Old Regime in 1789 and concludes with its collapse in World War One. He focuses on continental Europe, but his recent research is outward-looking, with scholarly specialization in East Africa and Mexico by way of Latin Europe and Austria.

His book France and the Cult of the Sacred Heart: An Epic Tale for Modern Times was published by the University of California Press in 2000. From the publisher:

In a richly layered and beautifully illustrated narrative, Raymond Jonas tells the fascinating and surprisingly little-known story of the Sacré-Coeur, or Sacred Heart. The highest point in Paris and a celebrated tourist destination, the white-domed basilica of Sacré-Coeur on Montmartre is a key monument both to French Catholicism and to French national identity. Jonas masterfully reconstructs the history of the devotion responsible for the basilica, beginning with the apparition of the Sacred Heart to Marguerite Marie Alacoque in the seventeenth century, through the French Revolution and its aftermath, to the construction of the monumental church that has loomed over Paris since the end of the nineteenth century.

His book The Tragic Tale of Claire Ferchaud and the Great War was published by the  University of California Press in 2005. From the publisher:

This is the moving and improbable story of Claire Ferchaud, a young French shepherdess who had visions of Jesus and gained national fame as a modern-day Joan of Arc at the height of World War I. Claire experienced her first vision after a childhood trauma in which her mother locked her in a closet to break her stubborn willfulness. She developed her visionary gifts with the aid of spiritual directors and, by the age of twenty, she had come to believe that Jesus wanted France consecrated to the Sacred Heart. Claire believed that if France undertook this devotion, symbolized by adding the image of the Sacred Heart to the French flag, it would enjoy rapid victory in the war. From her modest origins to her spectacular ascent, Claire's life and times are deftly related with literary verve and insight in a book that gives a rare view of the French countryside during the Great War.

His most recent work concerns African resistance to European expansion. His book The Battle of Adwa: African Victory in the Age of Empire (Harvard, 2015) aims both to narrate this signal event in global history and to follow the Adwa story as it rolls through African and European diasporic communities. A companion website BattleOfAdwa.org augments and extends this work. He was the winner of the Toyin Falola Africa Book Award for 2012 from the Association of Third World Studies.