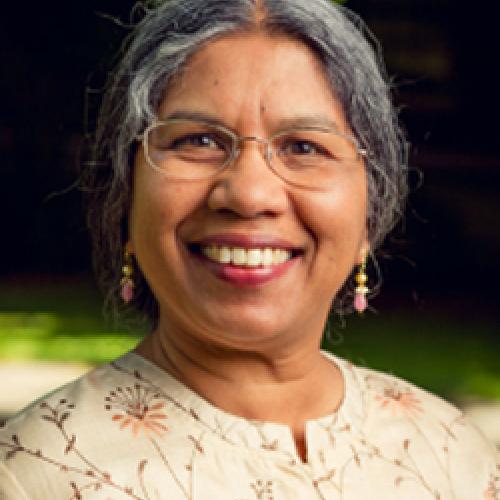 Priti Ramamurthy is a professor in the Department of Gender, Women, and Sexuality Studies. A feminist political economist, she is interested in questions of social reproduction: how do people who are marginalized by politics and economic development craft meaningful lives in the process of reproducing themselves every day and across generations? Two major research studies have engaged these questions. The Country and the City: Poetic Lives in India's Informal Economy is about the lived experiences and desires of women and men, many from subordinated caste groups, who toil in India's cities even as they remain enmeshed in ongoing lives in their villages. For this project, she and her collaborators conducted over a hundred oral history interviews with poor urban migrants in Delhi and Hyderabad and went back with ten to their villages. The second study is about the relationship between the social reproduction of rural families and processes of agrarian transformation in the Telangana region of southern India. For this, she has returned to the same villages for three decades. Ramamurthy’s articulation of feminist commodity chain analysis, a way to track the creation of value and gendered identities, is a methodological contribution to studies of gender and globalization. A third project resulted in the co-edited and co-authored The Modern Girl Around the World: Modernity, Consumption, Globalization (Duke, 2008).