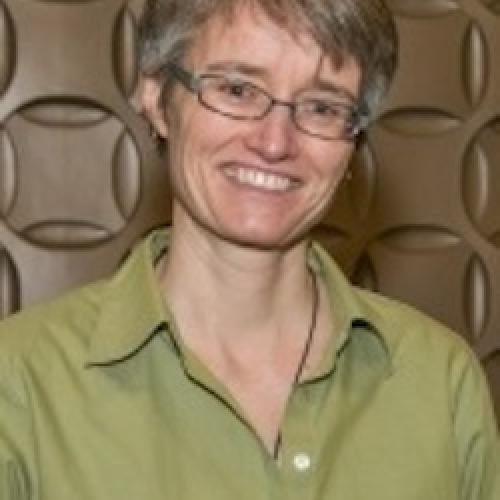 Louisa Mackenzie grew up in Scotland and did their graduate work in Berkeley, California before moving to the UW in 2002. They have research interests in  early modern and contemporary French culture, ecocriticism, Animal Studies, and gender studies. Their first book The Poetry of Place (2011) is an interdisciplinary study of landscape and ideology in 16th-century poetry, articulating cartographical and land use histories with literary criticism. With Stephanie Posthumus, they co-edited a volume of academic essays on Animal Studies, French Thinking About Animals (2015). They now teach a broad variety of classes on many periods and themes, including science fiction and Francophone gender studies. They have published recent articles or book chapters on animals, ecological thinking and humanist knowledge in 16th-century France, while current interests are more contemporary in nature. They have started research on the comparative French and US histories of the Planet of the Apes archive, from an "intersectional animal studies" point of view. With Vinay Swamy, they have recently co-edited and contributed to a volume of the H-France Salon on Francophone non-binary identity formations. Community activities include volunteering with the GSBA scholarship fund, providing academic scholarships to LGBT-identified students. Louisa has also served as a College Board Commissioner for AP French.