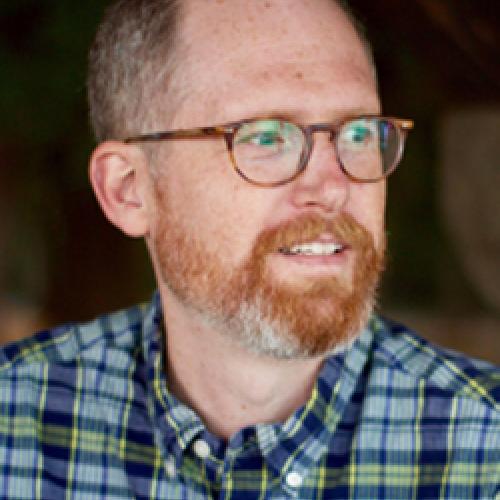 Jeffrey Todd Knight's teaching and research focus on early modern English literature, particularly Shakespeare, and the history of books and reading. Most broadly, he is interested in how the literatures of the past persist in the collective imagination, and how people’s interactions with past works—imaginatively, institutionally, even physically—can change those works in turn. He is especially drawn to the early modern period (or Renaissance) because that’s when a widespread understanding of the 'pastness' of the past was taking shape, and when popular media such as the printing press and the public theaters were giving writers powerful new means of exploring the uses and burdens of history.

His first book, Bound to Read: Compilations, Collections, and the Making of Renaissance Literature (Penn, 2013) looked closely at how readers and writers from Shakespeare’s time took apart their printed texts and recombined them, and how later collectors erased a lot of this creative work as they established the libraries and literary canons that we rely on today.

He is currently completing a public-facing book for Bloomsbury called Shakespeare on the Page: Texts, Books, and Readers, and he is also pursuing two longer-term book projects: one on the institution of the library and the idea of literary history, and the other on the history of literary scholarship (not criticism, scholarship) in Anglo-American academia. At UW, he co-directs the Textual Studies Program, which convenes an annual Material Texts Colloquium and a graduate certificate in manuscript, print, and digital cultures, and since 2021 he has served as the editor of Modern Language Quarterly: A Journal of Literary History.