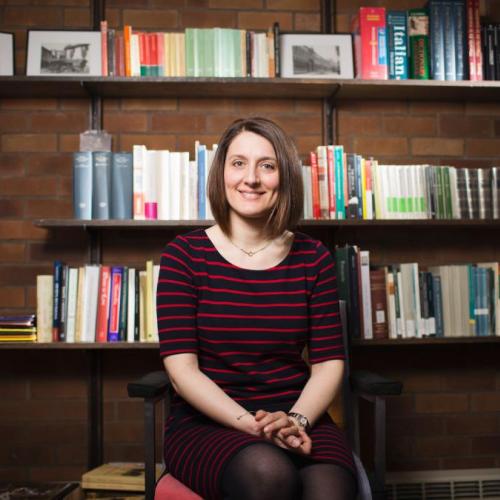 Beatrice Arduini completed her undergraduate work at the University of Milan in Italy before earning a doctorate from the same school and a Ph.D. from Indiana University-Bloomington. Prof. Arduini centers her work on Medieval Italian literature and Dante Studies, particularly on manuscript culture. Her book, Dante's Convivio: The Creation of a Cultural Icon examines the tradition of Dante's unfinished treatise in manuscripts and early printed editions. Prof. Arduini's projects include the analysis of Giovanni Boccaccio's activity as copyist and editor of Dante's works, in particular the Rime, and the study of the conditions of writing and transcribing in prison in the Florentine Middle Ages. She has published on these and other topics in Mediaevalia, Heliotropia, Romance Philology, Textual Cultures, Medioevo Letterario d'Italia, Dante Studies, Medioevo e Rinascimento. Her research and teaching interests also include Early Italian and Occitan Literature and the development of the song collection genre (canzonieri) in order to investigate how the material form of texts crucially determines their meanings. Recently, she contributed with a chapter for Dante visualizzato – Carte ridenti III: XV secolo  - seconda parte and for Dante Satiro. Satire in Dante Alighieri's Comedy and Other Works .