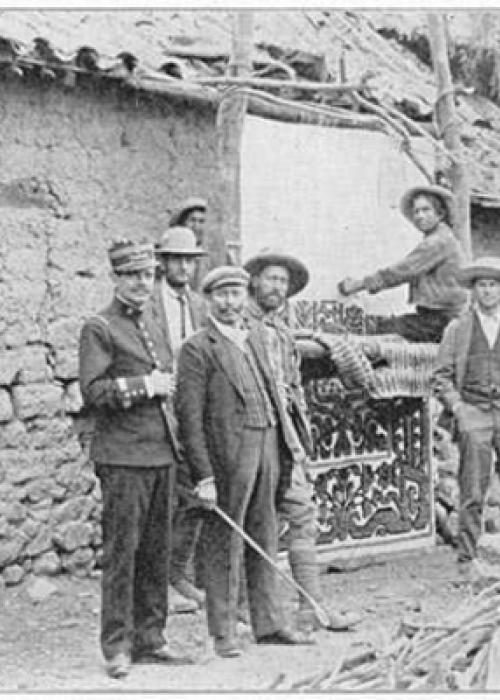 Ethics, Settler Colonialism, and Indigeneity in the History of the Human Sciences

This microseminar is organized around the November 4 workshop Ethics, Settler Colonialism, and Indigeneity in the History of the Human Sciences in the Global South. Both the course and the workshop ask how we might assess and write about the ethical breaches and conundrums that took place in the human sciences as researchers defined and carried out investigations of "the other" at home and abroad. They explore this question by foregrounding the Global South and decentering the presumed centrality of North Atlantic histories of science, by drawing on the work of Jan Goldstein and others on the "empirical history of moral thinking," and by bringing the history of science into conversation with Indigenous studies, settler colonial theory, and theories of race and empire.

In addition to engaging key texts related to the workshop, the course engages two sets of questions. First, what role has the construction of ethical and moral norms played in scientific inquiries of human diversity? How has the construction and transgression of ethical frameworks aided or interrupted settler colonial projects of dispossession? Second, what is the afterlife of ethical relations and their transgressions? In other words, do ethical relations persist through data sets, material objects, bones, and bodies? How do they continue to shape knowledge? This course should be of interest to graduate students from a wide range of fields including history, anthropology, Indigenous studies, and English.

Adam Warren is Associate Professor of History whose research focuses on the history of medicine and the history of scientific experimentation in both the late colonial period and the national period. He is the author of Medicine and Politics in Colonial Peru: Population Growth and the Bourbon Reforms (University of Pittsburgh Press, 2010), which examines the introduction of medical reforms as an instrument of colonial power designed to increase population size and labor productivity in eighteenth and nineteenth-century Peru. He is currently working on the history of eugenics and scientific racism as carried out in experiments and research on indigenous peoples, especially highlanders, in twentieth-century Peru.