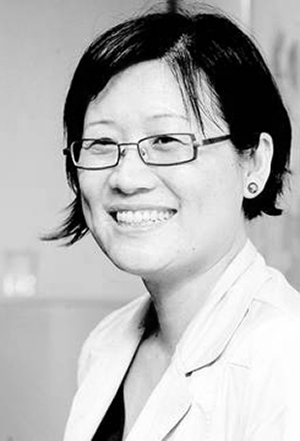 From World History to World Art: Reflections on New Geographies of Feminist Art in Asia

Free and open to the public.

Historians and literary scholars have struggled with the ideas of world history and world literature, but their efforts have largely run parallel with each other. Taking cue from discussions of world history and world literature, how might we conceive of world art and the place of Asian feminist art within it? What new geographies are possible when we consider Asian feminist art on the world scale? Shu-mei Shih explores these questions in her Katz lecture. Her lecture is also the keynote address for New Geographies of Feminist Art: China, Asia, and the World, an international conference that reconsiders the practice, circulation, and cross-cultural significance of feminist art from Asia.

Shih is professor of Asian Languages & Cultures, Comparative Literature, and Asian American Studies at UCLA, where she also co-directs the Mellon Postdoctoral Fellowship Program in the Humanities. She is the author of The Lure of the Modern: Writing Modernism in Semicolonial China, 1917-1937 (2001) and Visuality and Identity: Sinophone Articulations across the Pacific (2007). She edited the special issue of PMLA entitled “Comparative Racialization” (2008), and is the co-editor of Minor Transnationalism (2005), The Creolization of Theory (2011), and Sinophone Studies: A Critical Reader (2013).

Shih will also present on her work during a colloquium titled "Racializing Area Studies, Fetishizing China" on Wednesday, November 14, 3:30-5:30 pm in Communications 202. According to Shih, the goals of area studies and ethnic studies may be contradictory.  Area studies were originally set up to provide strategically important information for the U.S. Empire, while ethnic studies as an aftermath of the Civil Rights Movement critiques it from within.  This alone may explain the hostility between area studies and ethnic studies, but the crucial pivot around which this hostility can be better understood is the question of race.  What happens when we racialize area studies where the “area” as such has been turned into a fetish?  How might Sinophone Malaysian literary works be brought to bear upon this discussion? Shih explores such questions during the colloquium.

Attendees are encouraged to read Shih's article "The Concept of the Sinophone" prior to attending.

A microseminar, "Transnationalism, Visuality, and Identity," will be held Fall Quarter 2012 in conjunction with Shih’s visit to the UW as Katz Distinguished Lecturer. Facilitated by Edward Mack (Asian Languages & Literature), the microseminar provides a focused study of Shih’s approach to transnational cultural studies and will deepen students’ analyses of historical and emergent cultural formations and the politics of identity.