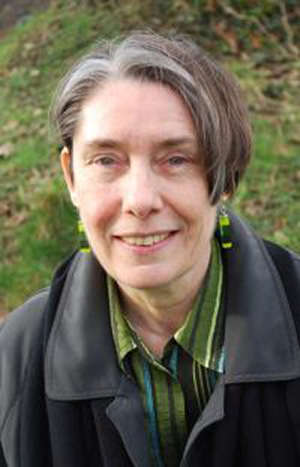 What Knowers Know Well: Why Feminism Matters to Archaeology

Neglected questions about women, gender, and sexuality have been on the archaeological agenda since the late 1980s, and gender-inclusive archaeology has transformed what we know about the past. But some of its strongest advocates deny that they are engaged in feminist scholarship or influenced by feminist politics. Alison Wylie questions their conviction that research is only credible if it is “value free” and argues that the critical insights of feminism  are a crucial resource for empirical research in any field. Rather than a “view from nowhere,” Wylie makes the case for rethinking ideals of objectivity in terms that counter epistemic injustice and mobilize the situated interests and experience of diverse knowers.

Alison Wylie is Professor of Philosophy and Anthropology at the University of Washington and Professor of Philosophy at Durham University, UK. Her abiding interest as a philosopher of science is in questions about how we know what we know (or think we know), especially as these arise in archaeological practice and in feminist social science. In both contexts, a flashpoint for internal debate has been a cluster of epistemic claims that many see as profoundly destabilizing: that what counts as evidence is inescapably an interpretive construct, and that social and contextual values play in all aspects of inquiry. Wylie argues that polarized reactions to constructionist and relativist challenges miss the point; we need to start with the messy realities of inquiry and consider how situated knowers do their best work.

In Thinking from Things (2002) Wylie develops an account of how archaeologists mobilize robust evidential constraints despite the enigmatic nature of their trace evidence using strategies of triangulation, bootstrapping, and scaffolding. These themes are further developed in Material Evidence (2015). In recent essays on standpoint theory and the epistemic advantages of community-based collaborative practice, she articulates a conception of objectivity as a procedural ideal, best realized when research communities actively cultivate a diversity of experience, angles of vision, skills and insight. These include her 2012 Presidential Address to the American Philosophical Association Pacific Division, recent keynote lectures on “Epistemic Diversity” (2013), and a contribution to Objectivity in Science, “A Plurality of Pluralisms: Collaborative Practice in Archaeology” (2015). Wylie also works on issues of accountability to research subjects and stakeholders, with a particular focus on ideals of stewardship in archaeology.

This Katz Distinguished Lecture in the Humanities serves as the opening keynote for the conference Feminism and Classics 7: Visions.