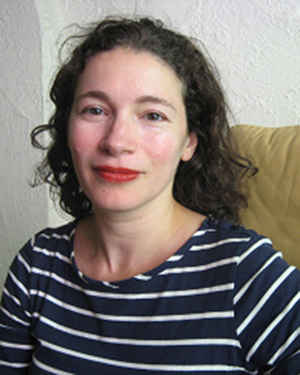 Jordanna Bailkin delivers a Katz Distinguished Lecture in the Humanities. Bailkin is UW Professor of History, Jere L. Bacharach Endowed Professor in International Studies, and author of the new book Unsettled: Refugee Camps and the Making of Multicultural Britain (Oxford, 2018).

A scholar of modern Britain and Empire, Bailkin is the author of The Culture of Property (2004), and The Afterlife of Empire (2012). The Afterlife of Empire won the Morris D. Forkosch Prize from the American Historical Association, the Stansky Book Prize from the North American Conference on British Studies, and the Biennial Book Prize from the Pacific Coast Conference on British Studies. She has also written articles on tattooing in Burma, interracial murder in India, and parenthood in Nigeria.

Today, no one really thinks of Britain as a land of camps. Camps seem to happen "elsewhere", from Greece, to Palestine, to the global South. Yet over the course of the twentieth century, dozens of British refugee camps housed hundreds of thousands of Belgians, Jews, Basques, Poles, Hungarians, Anglo-Egyptians, Ugandan Asians, and Vietnamese. Refugee camps in Britain were never only for refugees. Refugees shared a space with Britons who had been displaced by war and poverty, as well as thousands of civil servants and a fractious mix of volunteers. Unsettled: Refugee Camps and the Making of Multicultural Britain explores how these camps have shaped today's multicultural Britain. They generated unique intimacies and frictions, illuminating the closeness of individuals that have traditionally been kept separate--"citizens" and "migrants", but also refugee populations from diverse countries and conflicts.