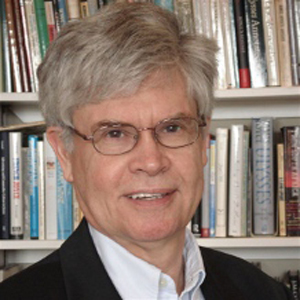 “At its most valuable, literature challenges us to reconfigure the frameworks by which we understand the world. . . .”
– Derek Attridge in an interview with Mark Thwaite for ReadySteadyBook.com, 2004

Derek Attridge is a Professor of English at the University of York. A scholar of remarkable range and sensitivity, Attridge is known as a leading interpreter of James Joyce, J.M. Coetzee, and Jacques Derrida as well as a brilliant theorist of poetic form and literary language. He is the author of nine books, including How to Read Joyce (2007), Poetic Rhythm: An Introduction (1995), and The Singularity of Literature (2004), winner of the 2006 European Society for the Study of English Book Award.

Throughout his work, Attridge attends to reading and writing as creative acts and ethical engagements that make a difference in the world, and to the specific force of the literary to effect strange and potent communication across time and space. In his lecture this evening, Attridge addresses the question of what we might learn—of receptivity, of otherness, and of responsibility—by way of reading.

Defining Literature and Its Values, Modernism and Today

In their critical writing, modernist authors rethought accepted cultural values to establish a place in the tradition for innovative works of the period.  Whether they viewed these works as signaling a break from the norm or the inevitable unfolding of literary history, they concluded that theirs was a time of widespread formal experiment appreciated for its difference. Some avant-gardists criticized literature as a dead institution suffering from an inward turn that insulated works from the contemporary moment. Others found in certain modernist literature profound responses to changing social conditions provoked by rapid modernization.

In his recent book The Singularity of Literature, Derek Attridge outlines a program that accounts for the literary work as a distinct cultural event. This colloquium will consider how the spirit and theory of his project intersects with modernist efforts to rethink and affirm the value of literature in its own time and beyond. Participants will discuss how his study revisits and revises concepts such as innovation and form, often privileged in modernist studies, and consider with Professor Attridge the relation of literature to culture.

Derek Attridge is Professor of English at the University of York and the University of Washington Visiting Katz Lecturer in the Humanities for Autumn 2007. He is the author of nine books, including How to Read Joyce (2007), Poetic Rhythm: An Introduction (1995), and The Singularity of Literature (2004), winner of the 2006 European Society for the Study of English Book Award.