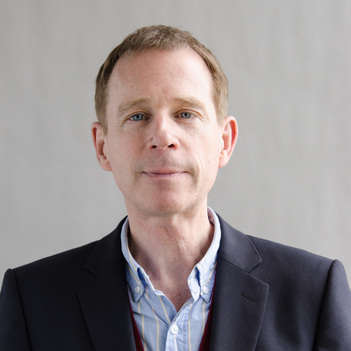 Whitney Davis is the George C. and Helen N. Pardee Professor of History and Theory of Ancient and Modern Art at the University of California, Berkeley. His teaching and research interests include prehistoric and archaic arts (especially prehistoric arts of north Africa and European Paleolithic art); worldwide rock art; the Classical tradition and neoclassicism in Western art since the later Middle Ages, and especially in the eighteenth and nineteenth centuries in Britain; the development of professional art history in interaction with archaeology, philosophical aesthetics, anthropology, and other disciplines; art theory in visual-cultural studies, especially problems of pictorial representation in relation to computation and notation; aspects of modern art history, especially its expression (or not) of nonnormative sexualities; the history and theory of sexuality; queer theory; world art studies; and environmental, evolutionary, and cognitive approaches to the global history of visual culture.

He is the author of ten books: The Canonical Tradition in Ancient Egyptian Art (Cambridge UP, 1989); Masking the Blow: The Scene of Representation in Late Prehistoric Egyptian Art (California UP, 1992); Pacing the World: Construction in the Sculpture of David Rabinowitch (Harvard UP, 1996); Drawing the Dream of the Wolves: Homosexuality, Interpretation, and Freud's "Wolf Man" Case (Indiana UP, 1996); Replications: Archaeology, Art History, Psychoanalysis (Penn State UP, 1996); Queer Beauty: Sexuality and Aesthetics from Winckelmann to Freud and Beyond (Columbia UP, 2010); A General Theory of Visual Culture(Princeton UP, 2010), which received the Monograph Prize of the American Society for Aesthetics and the Susanne K. Langer Award of the Media Ecology Association; Visuality and Virtuality: Images and Pictures from Prehistory to Perspective (Princeton UP, 2017); Space, Time, and Depiction (forthcoming), based on his Research Forum Lectures at the Courtauld Institute of Art, University of London; and Inquiry in Art History (forthcoming), a volume of essays on art historians and art-historical schools of thought.

Davis was one of the core editors of the second edition of the Encyclopedia of Aesthetics, edited by Michael Kelly, published in six volumes by Oxford University Press in 2014. He has published more than one hundred articles in journals, anthologies, and conference proceedings. Recent talks and articles deal with eighteenth-century British portraiture; the representation of climate change in prehistoric art; "frontality," scale, and illusion in ancient Egyptian depiction; the effect of artistic modernism on the description of Classical Greek art in the early twentieth century; the nature of "post-formalism" in art history in the early 21st century; Michael Baxandall's model of the "idiographic stance"; the problematics of "presence" in Paleolithic visual art; On Kawara's artworks in the early 1960s in response to his visit to the cave of Altamira; Walter Pater's account of the temporality of the classical ideal in art; Hegel's theory of Symbolic Art in light of recent anthropology; re-readings of Panofsky's "Perspective as Symbolic Form" in light of Heidegger's Sein und Zeit; and the obsolescence of the "analog/digital" distinction in recent new-media visual and spatial arts. His writing has been translated into French, Polish, and Chinese and anthologized in textbooks and reference volumes on art history, queer studies, aesthetics, and archaeology.

At UC Berkeley, Davis regularly teaches History of Art 100, a course in "methods and theories of art history" required of undergraduate majors in History of Art, and History of Art 200, a proseminar in the same materials required of first-year PhD students in History of Art. Other courses include lecture courses on Prehistoric Visuality; Queer Visual Culture (in the minor program in Lesbian, Gay, Bisexual, and Transgender Studies); and Ancient Art & the Modern Imagination; undergraduate seminars on Art History in the 21st Century and on Darwin and the Arts; and graduate seminars on Notations, World Art Studies, and Visuality. Davis has been awarded fellowships by the Stanford Humanities Center, the National Humanities Center, the Getty Research Institute, the Center for Advanced Study in the Visual Arts at the National Gallery of Art, the Wissenschaftskolleg zu Berlin, the John Simon Guggenheim Memorial Foundation, and the Humanities Research Fund of UC Berkeley. He received his PhD in Fine Arts from Harvard University in 1985.