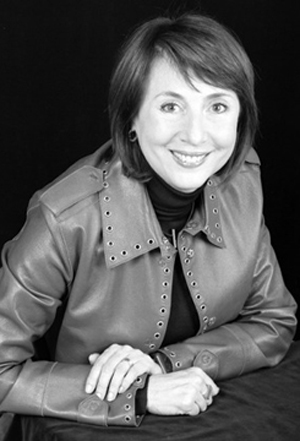 Now You See It: Why the Future of Higher Education Demands a Paradigm Shift

In April of 1993 the Mosaic 1.0 browser was made available to the general public, ushering in the contemporary Information Age. In one generation, we have undergone tremendous changes in how we communicate, socialize, learn, do business, and engage in civic life. We rely on non-experts for information on sites such as Wikipedia and take the advice of strangers on everything from restaurant recommendations to health care. Interactive digital technologies have changed how we learn in everyday life far faster than they’ve changed the structures, motives, and metrics of our educational systems. Until now. According to Katz Lecturer Cathy N. Davidson, we are on the threshold of a monumental transformation in higher education, one aimed at the needs and expectations of the next generation of resilient, connected, self-paced, peer-inspired, creative, multidisciplinary, and multicultural global learners.

Davidson teaches at Duke University, where she co-directs the PhD Lab in Digital Knowledge and is the Ruth F. DeVarney Professor of English and the John Hope Franklin Humanities Institute Professor of Interdisciplinary Studies. A past president of the American Studies Association and former editor of American Literature, she is the author of more than twenty books, most recently Now You See It: How the Brain Science of Attention Will Transform the Way We Live, Work, and Learn (2011). Other works include Revolution and the Word: The Rise of the Novel in America (1986) and, with Linda Wagner-Martin, the co-editor of The Oxford Book of Women’s Writing in the United States (1995).

Recently appointed by President Obama to the National Council on the Humanities, Davidson has served as Duke University’s first Vice Provost for Interdisciplinary Studies and helped to create the Program in Information Science + Information Studies and the Center for Cognitive Neuroscience. In 2002, she co-founded, with David Theo Goldberg, HASTAC (Humanities, Arts, Science, and Technology Advanced Collaboratory), and in July 2012, she was named the first educator on the six-person Board of Directors of the Mozilla Foundation. She is also the first person invited to be a Katz Lecturer at the UW for a second time.

In her recent writing, Davidson has argued that new forms of thinking are required by our distributed and digital workplace, and new forms of learning must be embraced by our educational institutions. In this colloquium, which takes place Friday, February 22, 2013, from 9:30-11:00 am in Communications 202, she explores self-learning, collaboration, and participatory learning as key capacities demanded of us in the digital twenty-first century.

A microseminar, "Learning and Teaching in the Digital Age," will be held Winter Quarter 2013 in conjunction with Davidson’s visit to the UW. It will be facilitated by Simpson Center Director Kathleen Woodward.