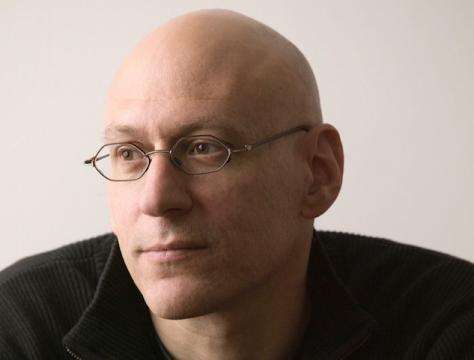 The Novel Is Dead; Long Live the Anti-Novel

Art, not to mention life, now seems to happen primarily in liminal spaces, edited, quoted and quoted again and recontextualized, replaced, collaged, stitched together anew.
The stitching together anew is what I really care about.
The novel is dead; long live the anti-novel and the un-novel, built from scraps.
I’m not interested in collage as the refuge of the compositionally disabled.
I’m interested in collage as an evolution beyond narrative.
A great painting comes together, just barely.
These fragments I have shored against my ruins.
Collage is the primary art form of the twenty-first century.

David Shields is Professor of English at the University of Washington and the bestselling author of twenty books, including Reality Hunger (named one of the best books of 2010 by more than thirty publications), The Thing About Life Is That One Day You’ll Be Dead (2008), and Black Planet (1999), a finalist for the National Book Critics Circle Award.

Through provocative experiments with literary forms, Shields has helped redefine what counts as serious literature. After establishing himself as a novelist, he turned to creative nonfiction that combines textual appropriation, wide‐ranging inquiry, and personally intimate subject matter. His most celebrated recent book, Reality Hunger, was entirely written by borrowing, redacting, and arranging found texts.

Recent books continue this path of exploration: I Think You’re Totally Wrong: A Quarrel (2015) recreates an extended dialogue about art and life between Shields and a former student. War Is Beautiful (2015) presents a series of front-page wartime images from the New York Times, arguing that they sanitize and glamorize war while claiming to do the opposite. That Thing You Do With Your Mouth: The Sexual Autobiography of Samantha Matthews as Told to David Shields (2015) arranges an extended monologue with an actress and voice-over artist (who is also Shields’ cousin once removed).

The recipient of fellowships from the Guggenheim and the National Endowment for the Arts, Shields has published essays and stories in the New York Times Magazine, Harper’s, Esquire, Yale Review, Village Voice, Salon, Slate, McSweeney’s, and the Believer. His work has been translated into twenty languages. Shields holds a BA from Brown University and an MFA from the University of Iowa. He is a member of Phi Beta Kappa and was a member of the 2005-06 Society of Scholars at the UW Simpson Center for the Humanities, which contributed to his work on Reality Hunger.