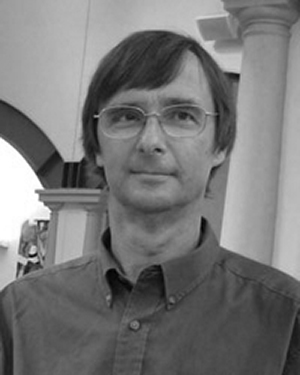 Marvell’s Latin and Wordsworth’s Greek: Literature and Literalism in the Classical Tradition

Stephen Hinds
Professor of Classics and Byron W. and Alice L. Lockwood Professor of the Humanities at the University of Washington
UW Kane Hall

Stephen Hinds investigates poetry across languages: he explores moments of connection between texts which approach the condition of translation without quite being the same thing as translation. For his Katz lecture, he examines the work of two poets: Andrew Marvell and William Wordsworth.

The works of Andrew Marvell (1621-1678) contain paired English and Latin poems which were clearly meant to be read together. Focusing on Marvell’s famous The Garden alongside its lesser-known twin, Hortus, the first half of the lecture asks what is at stake when Marvell translates Latin into English, and English into Latin.

William Wordsworth (1770-1850), who began and then abandoned a translation of the Aeneid, had a long and anxious relationship with the classical tradition, a relationship which can be dramatized by examining his first drafts, revisions, and deletions. The lecture’s second half visits Wordsworth’s classical laboratory, focusing on the post-Virgilian Laodamia and the Greek-inspired Dion.

A scholar of international standing, Stephen Hinds is Professor of Classics and Byron W. and Alice L. Lockwood Professor of the Humanities at the University of Washington. He is the author of Allusion and Intertext: Dynamics of Appropriation in Roman Poetry (Cambridge, 1998) and The Metamorphosis of Persephone: Ovid and the Self-Conscious Muse (Cambridge, 1987). With Denis Feeney, he co-founded and co-edits the Cambridge book series Roman Literature and Its Contexts (thirteen volumes, with two more to come). He is working on “Poetry across Languages,” a book that involves the exploration of the cross-linguistic and intercultural relations of Latin literature, both in antiquity and between antiquity and (early) modernity. He is also the recipient of a prestigious National Endowment for the Humanities Fellowship for University Teachers, which he will take in the 2014-15 academic year.

Free and open to the public.