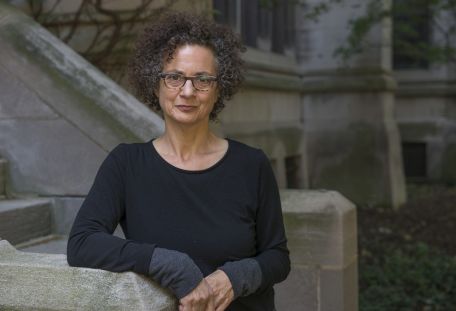 Humorlessness is an affect we encounter all the time without having an account of it. In this Katz Distinguished Lecture, Lauren Berlant offers some general observations about the structure of humorlessness (stubbornness is involved) in relation to the experience of humorlessness (as coldness, for example). Questions of inequality as lived experience are bound up in this affective relation, although humorlessness can also be experienced between equals who are resisting adjusting to each other (microaggression and microadjustment are features of the structure of humorlessness). Berlant takes her examples from deadpan spectacles, including work from the moving-image artist Steve McQueen and the photographer Claire Pentecost, and considers as well the grim outrage of contemporary US politics in general.

Lauren Berlant is George M. Pullman Professor of English at the University of Chicago. Her national sentimentality trilogy—The Anatomy of National Fantasy (1991), The Queen of America Goes to Washington City (1997), and The Female Complaint (2008)—has now morphed into a quartet, with Cruel Optimism (2011) addressing precarious publics and the aesthetics of affective adjustment in the contemporary US and Europe. A co-editor of Critical Inquiry, she is also editor of Intimacy (2000); Our Monica, Ourselves: The Clinton Affair and the National Interest (2001); Compassion: the Culture and Politics of an Emotion (2004); and On the Case (2007). She is a founding member of the art/activist group Feel Tank Chicago and is currently working on flat affect and comedy, including an edited volume with Sianne Ngai called Comedy, An Issue.

Berlant also holds a public colloquium on her work in progress on Thursday, March 3, at 3:30 pm in Communications 206.