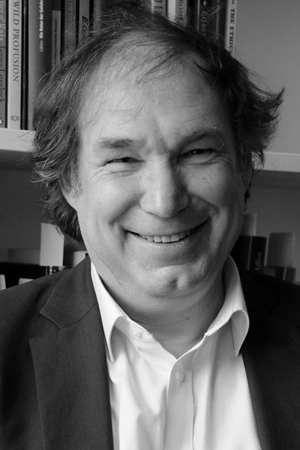 How Vulnerable Is Our World? Environmental Sustainability and Lessons from the Past

No history is more important than environmental history, according to Christof Mauch. As glaciers melt, deserts invade farmland, and the global population rises, the history of culture and nature converging can reveal insights for some of our most vexing political debates. Such study demands that we grapple with new questions: Did truly sustainable societies ever exist? How has the discovery of America changed our way of thinking? How can we understand our changing concepts of space, time, and speed as we move into the future?

Christof Mauch is Chair and Professor of American Cultural History at Ludwig Maximilian University of Munich (LMU). Mauch is the founder and director of the Rachel Carson Center for Environment & Society, one of the largest international research centers for the environmental humanities and social sciences.

One of the world’s most distinguished scholars of environmental history, Mauch is currently working on a book entitled Green New Worlds: Travels into the History and Nature of the United States that includes case studies of Portland and Seattle. He is the author of Humans and the Environment: Sustainability from a Historical Perspective (in German, 2014) and Nature in German History (2004) and is the co-editor of American Environments: Climate, Cultures, Catastrophe (2012), Rivers in History: Perspectives on Waterways in Europe and North America (2008), and Shades of Green: Environmental Activism around the Globe (2006). He is also the author of The Shadow War against Hitler: The Covert Operations of America’s Wartime Secret Service (2003).

Since 2007, Mauch has been the chair of American History at LMU Munich, where he also directs the Lasky Center for Transatlantic Studies. From 1998 to 2007 he directed the German Historical Institute in Washington, DC.  Mauch earned a doctorate in German literature from Tübingen University and a habilitation in history from the University of Cologne.

In addition to his Katz Distinguished Lecture on December 2, Mauch will participate in a series of events at the University of Washington, including joining the graduate microseminar "Making the Case for Environmental History: Stories about Nature, Culture, and History."