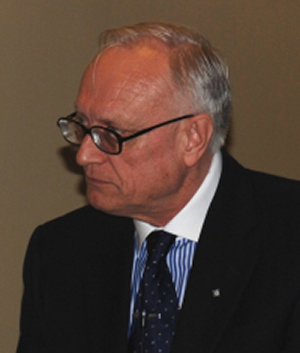 How to View a Mountain in Medieval China

David R. Knechtges is Professor of Asian Languages & Literature at the University of Washington and author of more than one hundred articles and nine books on Chinese literature, history, culture, and civilization. He is perhaps best known for his work as editor and translator of three volumes of Wen-xuan or Selections of Refined Literature, the most influential anthology of classical Chinese poetry, and his books include Court Culture and Literature in Early China (2002), The Han shu Biography of Yang Xiong (1982), The Han Rhapsody: A Study of the Fu of Yang Hsiung (53 BC - AD18) (1976), and Two Studies of the Han Fu (1968). He has co-edited Rhetoric and the Discourses of Power in Court Culture, East and West (with Eugene Vance, 2005) and Studies in Early Medieval Chinese Literature and Cultural History (with Paul Kroll, 2003) and also has co-translated Studies of the Han Fu (with Gong Kechang, 1997). Knechtges has been honored with a Guggenheim fellowship and is a fellow of the American Academy of Arts and Sciences.

In “How to View a Mountain in Medieval China,” this renowned scholar of medieval China reframes European lyric traditions and visual conventions through the rhapsodic poetry of Xie Lingyun – arguably the most avid mountain lover of the Chinese medieval period – engaging questions of sensual experience, philosophical knowledge, and spiritual truth.

As the University of Washington’s Department of Asian Languages & Literature celebrates its centenary, we are especially pleased to present this alumnus of the department and luminary in the field.