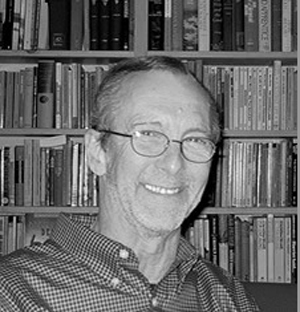 Is Eating Babies Really So Terrible? The Dark Genius of Jonathan Swift

Jonathan Swift (1667-1745) has always been an intensely controversial figure, a brilliant political combatant in British history, a national hero in Ireland, and arguably the greatest satirist in world literature. Along with the Tale of a Tub and A Modest Proposal (the one about inappropriate food choices), he immortalized himself with Gulliver’s Travels, a work much loved of children for its fantastic immersion experience among big people and little people—but which has long divided opinion among adults for its exposure of the worst in human nature. His contemporaries loved him for his comic genius, ranking him with Rabelais and Cervantes. The Victorians of the next century thought he must have been mad. To those who lived through the nightmare of twentieth-century world warfare, Swift seemed not only sane but a prophet.

For this lecture, Thomas Lockwood (English, University of Washington) tells the story of these controversies and the extraordinary works of imagination that provoked them. A scholar of the Restoration and eighteenth-century British literature, Lockwood’s areas of interest include the rise of the novel, theater history, periodical journalism, and print history. He is known internationally for his research on the works of novelist and playwright Henry Fielding and is editor of three volumes of Fielding’s plays, published by Oxford University Press between 2004 and 2011. The third volume of this series won the 2013 Patten Award from Studies in English Literature for best recent contribution to British Restoration and eighteenth-century studies. Lockwood is working on a book, Lowlife: Representations of Social Inferiority in Britain, 1660-1830, as well as a volume onThe Life of Jonathan Swift for the Blackwell “Critical Biography” series. He is also part of the Textual Studies Program faculty at the UW.