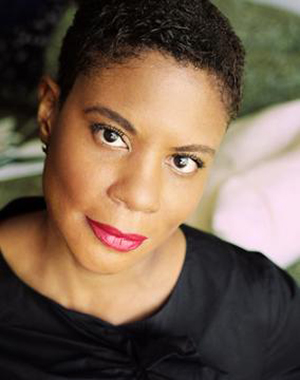 DNA is a master key that unlocks medical and forensic secrets. Its genealogical life is also revelatory. The billion-dollar industry of genetic testing has spawned popular television shows, websites, and a booming heritage tourism circuit. African Americans' interest in genetic ancestry testing has been especially robust. DNA-based techniques are being used to grapple with the unfinished business of slavery: to foster reconciliation, to establish ties with ancestral homelands, to rethink citizenship, and to make legal claims for slavery reparations. For good and for naught, the double helix has wound its way into the heart of some of the most urgent contemporary social issues around race.

Alondra Nelson is Dean of Social Science and Professor of Sociology at Columbia University. She is the author of The Social Life of DNA: Race, Reparations, and Reconciliation after the Genome (2016) and the influential Body and Soul: The Black Panther Party and the Fight against Medical Discrimination (2011), which was recognized with multiple scholarly awards.

Nelson is an interdisciplinary social scientist whose recent work traces how claims about ancestry are marshaled together with genetic analysis in a range of social ventures. She takes up these themes in several publications that are among the earliest scholarly investigations of direct-to-consumer genetic testing: “DNA Ethnicity as Black Social Action?" (Cultural Anthropology, 2013) and “Bio Science: Genetic Ancestry Testing and the Pursuit of African Ancestry” (Social Studies of Science, 2008). She is the co-editor of Genetics and the Unsettled Past: The Collision of DNA, Race, and History and Technicolor: Race, Technology, and Everyday Life. In 2002, she edited “Afrofuturism,” an influential special issue of Social Text.

The recipient of Mellon, Woodrow Wilson, and Ford fellowships, Nelson has been a fellow of the Max Planck Institute for the History of Science and the W.E.B. Du Bois Institute for African and African American Research at Harvard University. Her essays, reviews, and commentary have appeared in the New York Times, the Washington Post, Science, Boston Globe, and on National Public Radio. Nelson earned a BA in anthropology from the University of California, San Diego, where she was elected to Phi Beta Kappa. She holds a PhD in American Studies from New York University.