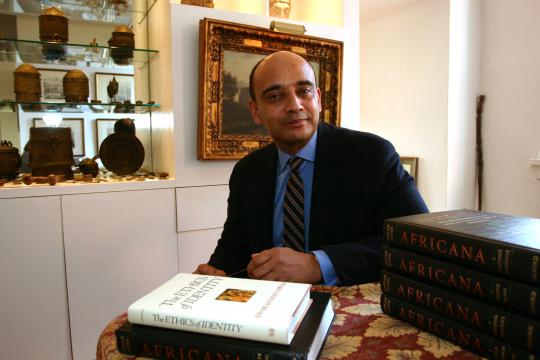 Cosmopolitanism: Ethics in a World of Strangers

Kwame Anthony Appiah is the Laurance S. Rockefeller University Professor of Philosophy at Princeton University and President of the PEN American Center, the internationally acclaimed literary and human rights association. Born in London, raised in Ghana, and educated in England, he established himself as a wide-ranging intellectual with such critically-acclaimed books as In My Father’s House: Africa in the Philosophy of Culture (1992), Cosmopolitanism: Ethics in a World of Strangers (2006), and, most recently, The Honor Code: How Moral Revolutions Are Made (2010).

Appiah asks profound questions about identity and ethics in a world where race, ethnicity, religion, and nationalism continue to realign and reform. In this lecture, he offers a moral manifesto grounded in a new cosmopolitan ethics which celebrates our common humanity and proposes practical ways to address our differences.

Research Colloquium: The Social Power of Honor and Shame